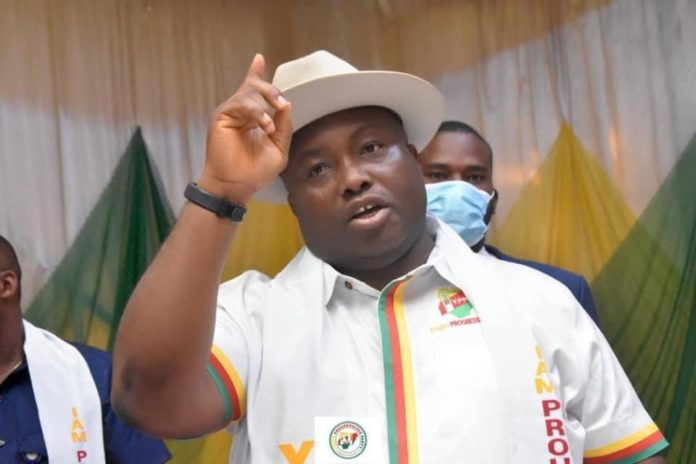 The senator representing Anambra South in the upper chamber of the National assembly, Sen. Ifeanyi Ubah has officially signified interest in the Nov. 6, Anambra governorship poll for the second time in 7 years.

Ubah said this in a letter addressed to President of the Senate, Ahmad Lawan, which he read in the house during Wednesday’s plenary.

According to Ubah, his interest was hinged on revamping and consolidating the state’s credentials as the light of the nation.
Read Also: Anambra 2021: Ubah Accuses Obiano Of Destroying Billboards

‘In view of the above, I am humbly soliciting for your well wishes, prayers, and support which will go a long way in making this noble vision a reality,’ he said.

Ubah, who would be 50 later this year ran for the post in 2014, as a candidate of the Labour Party, but lost to incumbent Willie Obiano.