HomeEditorialThe South East Is Not An Abattoir, The Killings Must Stop
Editorial 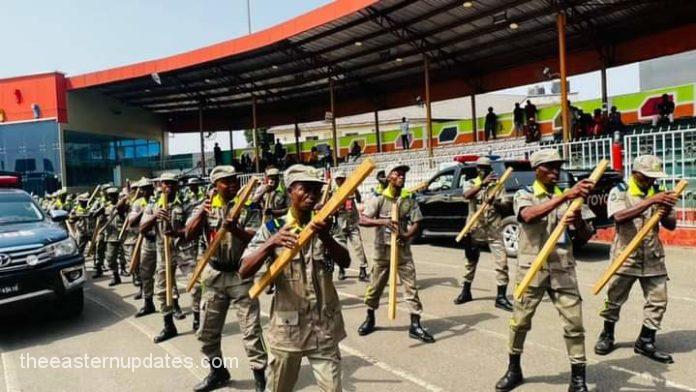 A fortnight ago, the gruesome killing of 14 young men at Awo-omamma town in Oru East Local Government Area of Imo State, generated quite some outrage in the South East. Killings and arson in the region has somewhat risen astronomically over the last two years as state and non-state actors take turns to waste human lives while condemning the bubbling dreams of many to untimely graves. These anomalies have continued unabated and is now threatening the collective existence of the people of the region.
In the aftermath of that needless waste of human lives that occurred mid last month at Awo-omamma, there have been conflicting stories about the shooting of the youths, most of whom hailed from Otulu community in the state. Firstly, the Imo State Command of the Directorate of State Services (DSS) had initially come out to claim that its operatives had carried out the shooting and that their victims were members of the Eastern Security Network (ESN). The DSS had claimed that it trailed and killed the terrorists with the help of an informant in their camp in Awo-omamma, and not at a traditional wedding place as was claimed in other accounts by community leaders. Almost immediately, the Governor Hope Uzodinma led Imo State government quickly adopted the DSS’ report and cautioned the public against using the incident ‘as a propaganda tool to blackmail the security agencies and the government.’ Interestingly, all these were done within a period that did not exceed 48 hours.
Read Also: Insecurity Annihilating South East Economy – Okowa, Soludo
Shortly after, the President General of Otulu town union, Nnamdi Agbor came out to lambast operatives of an Imo State government-sponsored security outfit, Ebubeagu, for being behind the killings and executing the victims without any cause. According to him, the victims were returning from a traditional wedding at Awo-omamma on motorcycles at around 7 pm on that day when Ebubeagu operatives opened fire on them. He didn’t just stop there, he went on to name the bridegroom, also listed the names of the seven youths who were slain on the spot, the two who were hospitalised as well as five others who were missing at the time.
It is rather sad that it has become a trend that whenever there is a report of alleged killings in the southeast, instead of launching proper investigations and setting the records straight, security and government officials are often quick to claim that victims of extrajudicial executions were caught up in shoot-outs or simply label them members of the Eastern Security Network (ESN). It has become an ugly trend and must be brought to an end. While this is not defending the militia group, the labelling has to be discontinued.
The sad truth is that today, Igboland is now facing the double jeopardy of bad governance and descent to anarchy with the two anomalies trying to outdo the other. With all these killings, arson, and maimings, one common denominator that has continued to appear in every conversation is the abysmal failure of leadership. The glaring dilemma in the South East is a clear pointer to the fact that the elite and political leaders have lost touch with the people. It is lamentable that leadership in the South East has taken a nosedive and there seems to be no succor in sight.
While different gunmen with different identities continue to unleash terror in the zone, investments and businesses have continued to take turns in pulling out of the zone. This ugly trend goes on to add to unemployment and the loss of internally-generated revenue for the already struggling state government. The situation is grim and the odds are damning. Coming at a time when Nigeria is faced with perhaps one of her worst economic crises, the situation is further compounded. This situation must be arrested or the zone will completely collapse.
The challenge of insecurity in the South-east is quite enormous. While herdsmen continue to wreak havoc on the hapless farmers in the zone, the police, soldiers, and the notorious ‘unknown gunmen’ have not spared them either. In fact, the recent killings in Imo state have been blamed on the regional security outfit – Ebubeagu. The violence is majorly driven by the proliferation of small arms and ammunition. Indeed, the level of insecurity and conflicts across the region highlights the prevalence of weapons in the hands of ‘wrong people’. Something has to give.
At this point, every right-thinking individual, group, or association in the southeast must come together to dialogue our way out of this quagmire. Everyone cannot just throw their hands onto their laps and expect the killings to stop. The leaders of the zone, people from the South-east living in the diaspora, traditional and religious leaders, opinion molders, secessionists, and other stakeholders must unite at this point to save the zone.
It is sad that at a crucial time like this, many people from the zone have busied themselves campaigning for the presidency of Nigeria ignoring the fact that with Nigeria as presently constituted, nothing can be done to save the South-east from Abuja. The people of the zone must demand that Nigeria be restructured politically so that the zone can tackle its problems by itself. A restructured Nigeria anchored on fairness, equity, and justice must be what they should be clamouring for and not Igbo Presidency. Ending the killings in the zone should be the priority of everyone. The people of the South-east must unite now to save Igboland.

Was Ikpeazu Elected To Serve Abia Or Wike?