HomeFeaturesGlee As African-Americans Reunite With Their Igbo Roots
Features 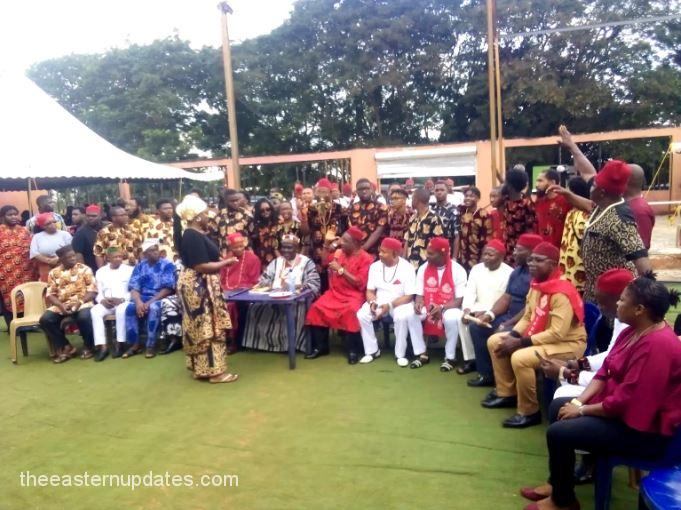 Quite a good number of African-Americans in the United States of America were reunited with their ancestral Igbo lineage during the 2022 Igbo World Festival (IWF) hosted in Igbo Village, Frontier Culture Museum of Virginia by the Council of Igbo States in Americas (CISA).

The Eastern Updates reports that the 2022 IWF, which was held on July 29 and 30, was a live event that featured live cultural performances, food and drinks, material art exhibits, gala night entertainment, and much more.

A statement issued by the Director Publicity and Media, CISA, Mr. Mathias Mgbeafulu explained that, ‘the reconnection tells the story of NdiIgbo separated from their homeland through slavery and resettled in America; and who now as African American descendants have traced their roots back to Igbo lineage and are reconnecting with their living relatives in Nigeria and Diaspora. The reconnection remains one of the most avowed emotional high point for many in attendance.

‘Emotional tears were seen in the faces of many that the 400 years old shackles have been broken. It reflects to a large extend the final step in a quest to discover and reconnect with relatives separated by time, space, and distance dating back to the era of slave trade.”

He added: ‘It was all splendors as enthusiasts and well-wishers came in grandeur from all corners of North America, the Caribbean, and Nigeria to share with the Igbo the enduring legacy of their progenitors in blending the civilization that is now United States.

‘It is, therefore, not surprising that the festival, which has now assumed a global dimension as a unifying force for the Igbo of Nigeria living in Diaspora and their kinsmen at home, garnered an unprecedented crowd. Many African Americans were in attendance for the emotional re-union of the cross Atlantic brotherhood.

‘Their families, whose DNA testing confirmed their Igbo ancestry, received Igbo names based on the four-day Igbo market week, re-connected with their Igbo brothers and sisters and were officially welcomed back to their Igbo ancestral homeland by elders and traditional title holders.’

Earlier in his welcome address, the President of CISA, Mr. James Ogbuka Umekwe, thanked all the quests for honoring CISA’s invitation and urged them to take time to experience the uniqueness of Igbo Village, the Queen City of Staunton environ and enjoy their exceptional attractions.