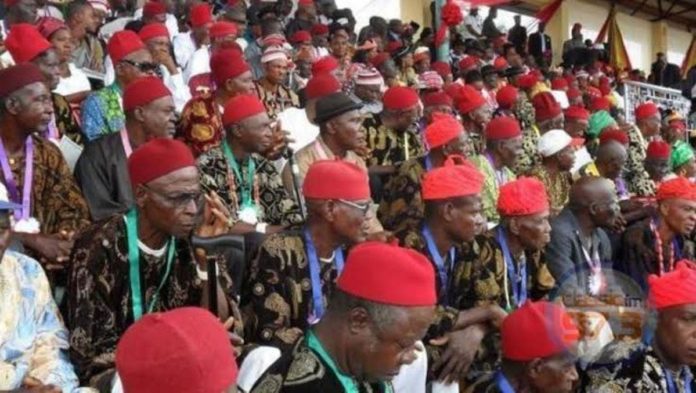 A chieftain of the Peoples Democratic Party PDP, and the immediate past Commissioner of Lands and Survey in Abia State, Suleiman Ukandu, has tasked the people of South-East zone on building bridges across boards in the quest to make Igbo presidency a reality.

Ukandu asserted that for Ndigbo to actualize their quest in 2023, they see beyond ethnicity and convince every section of the country that they have the capacity to foster proper national integration.

The former Abia Commissioner who spoke during an interview with Newsmen in Umuahia, yesterday called on all ethnic nationalities to rally round the Igbo nation to occupy the nation’s number one seat with regard to justice and equity.

According to him, ‘Nigeria is an entity that encompasses not the Igbos alone. We have numerous tribes that made up Nigeria. In as much as we know that leadership should be purely based on capacity, capability and pragmatism, it should not be purely based on tribe, religion or where one comes from. It should be based on the capacity of who should be leaders themselves. But you see, the configuration of the country as presently constituted has made it imperative that there should be the balance of political justice’.

Speaking further, Ukandu said, ‘If the south-east geopolitical zone will rise up to convince Nigerians that they will make a better leadership and carry every segment of the country along and foster proper national integration, they(Igbos) are on the advantage of being allowed for the 2023 election. Because, one, right from the inception of the democratic government in 1999, other ethnic groups have controlled the country.

‘The Northern Nigeria, principally the Northwest geopolitical zone has had a shot in the Presidency for 12 good years representing the monolithic north, except they said they are not monolithic. You know, whatever that comes to the north is north, because they are monolithic. The south-west has controlled power for eight years and has been Vice President of the country for another eight years’.

‘The South-South had also controlled Nigeria for six good years, but the southeast has not taken a shot or even come close to second citizenship of the country,’ the renowned lawyer declared.

‘I still believe justice, equity and fairness demand that Nigeria need to balance the issue of political justice. I will advise that if the people of the South east can galvanize the whole of Nigeria, to repose that trust in them, then I will advise Nigeria to balance the issue of political justice. And when you said Southeast Presidency, it’s wrong. It’s Nigeria President of South East extraction. The south-east should go and get a person that can have the capacity of fostering proper national integration,‘ he concluded.