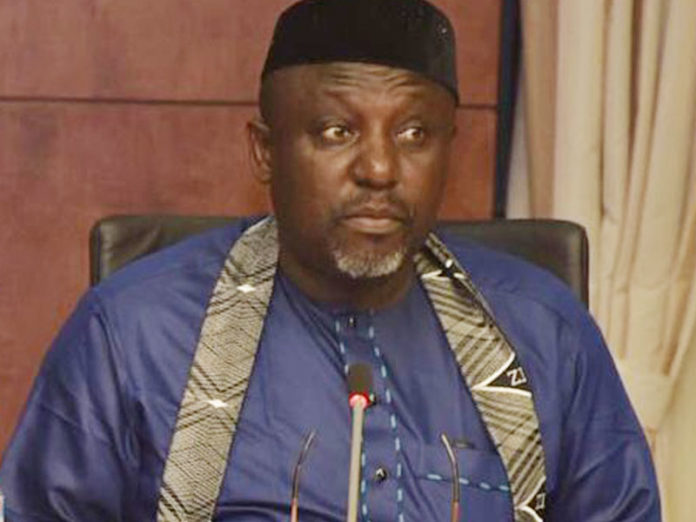 Okorocha, a senator from Imo West District, also slammed Uzodimma for gathering people whom he described as members of his (Uzodimma) faction of the All Progressives Congress (APC) to abuse him (Okorocha).

The stakeholders had at the meeting enjoined Uzodimma to use all legal means to recover every looted fund and property belonging to the state allegedly in the custody of Okorocha, other former public officials, and their family members.

But, the senator, who is also a former governor of the state noted in a statement by his media aide, Sam Onwuemeodo, that out of the five governors that had governed the state, only Ohakim, whom he said, is in the governor’s faction of APC was at the meeting.

‘Aside from Prof. Maurice Iwu, who was there because his junior brother is the Secretary to the State Government, no other prominent citizen of the state was there, including those in business, in politics, and so on.

‘At the so-called stakeholders meeting were those desperate to get political appointments from the governor  and those in  need of political rehabilitation.’

He argued that if real stakeholders had attended the meeting, they would have asked salient questions like how Uzodimma had in the past year managed billions of naira accruing to the state from the federal account, Internally Generated Revenue (IGR), donations, etcetera.

The statement reads in part: ‘If the stakeholders of Imo State were there, they would have asked the governor to tell them what he had done with about N60 billion loan, N56 billion federal allocation, N8 billion ISOPADEC fund, N42 billion Local Governments’ funds, IGR(Internally Generated Revenue) of N69 billion and billions from donor agencies. They would have tried to find out what the governor has done with these billions. But the factional APC members-only abused Okorocha and left with their fuel or transport money.

‘Real stakeholders would have asked why the governor has not paid workers, teachers, and pensioners for more than 12months now or why he sacked 108 ISOPADEC workers

The Senator insisted that stories on the recovery of government properties from him were only blackmail and vendetta against him.

Nwamkpa told the former governor that he should see every money belonging to the state ‘in the 46 completed and ongoing road projects in the state. The money could also be seen in the ongoing reconstruction of four federal roads.