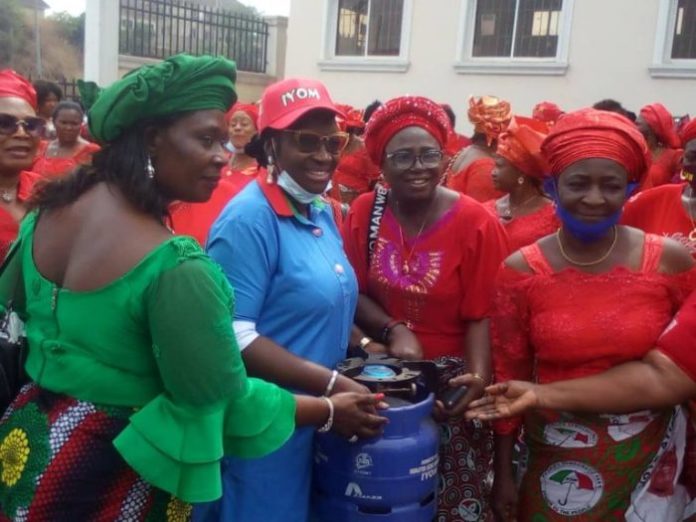 The lawmaker representing Anambra Central in the National Assembly, Senator Uche Ekwunife, as she donated gas cylinder stoves to 650 women across the state on Sunday.

According to her the donation was her own way of empowering the women in the 326 political wards and to also encourage a cleaner environment in the state.

Ekwunife, an aspirant in the upcoming Anambra elections billed for the Nov. 6 on the platform of the Peoples Democratic Party (PDP) said the items would serve as a source of domestic fuel for the women and also help them engage in small businesses.

She said that empowering women should be a priority to all because it was the shortest route to pulling society out of poverty.

‘We want to have a generation of working housewives who would take care of their families in the kitchen and also help build the family through businesses.

‘With these cylinders, our women can now go into baking, confectioneries and other profitable ventures, I shall continue to support them with empowerments that address their needs,’ she said.

The senator pointed out that she was ready for the election and was sure of victory.

Ekwunife said she was not relying on gender pity’ for victory but on her capacity as politicians who had done well for herself.

The Senator called on women to believe in themselves and be courageous enough to go for elective positions rather than waiting for society to hand positions over to them.