As Zoning Rumble Continues In Anambra 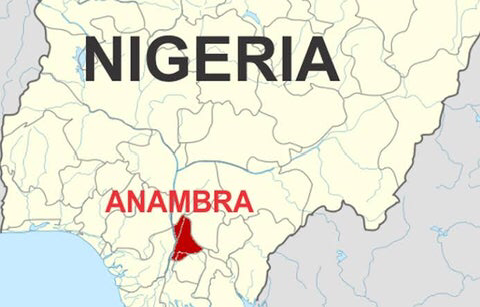 My good friend, Joe Anatune, took me up penultimate week on my position on Mamman Daura’s competence theory on 2023 presidency. I had condemned Daura’s call for competence againstrotational presidency, wondering why those who lowered the standard in every facet of our national life became the ones talking about competence after getting power by crossing the rotational bridge.

Mr. Anatune, a known advocate of zoning in Anambra, said, “I have been thinking how sharply your position on South-East President contradicts your well known position on zoning of governorship in Anambra. Shouldn’t the rule be universal?”

My position on zoning in Nigeria is simple. The country is heterogeneous, complex and has diverse interests. Without zoning, one section may dominate the political process to the detriment of others. There are over 350 ethnic groups inhabiting six geo-political zones and 36 states. That was why the Federal Character principle was enshrined in the Constitution, to ensure that no region or zone feels left out in the scheme of things in the country. The only problem is that we do not adhere strictly to this clause. When it comes to the presidency and political appointments, some sections of the country dominate. But when it comes to some other areas where they don’t have advantage like in education, the rules change. It is then we remember Federal Character principle and quota system. This is grand deception and it has led to agitations in some parts of the country.

In Anambra State, the scenario is different. In my intervention on this page titled ‘Anambra 2021 governorship zoning deceit,’ published on December 23, 2019, I had argued that Anambra is a homogeneous state and doesn’t need zoning. In fact, the concept is a new phenomenon in the state. It came about when former governor Peter Obi was about to leave office in 2014. The ruling All Progressives Grand Alliance then drafted Willie Obiano because nobody from Anambra North had been governor. Today, politicians now use it when it is convenient and advantageous for them.

Besides, Anambra North, which had not ruled the state until 2014, is now the one ruling. This means that the governorship has gone round the three senatorial districts of the state. It is time to come back to what it used to be.

My argument on zoning in Anambra is based on principle. For those who care to know, I am from Anambra South. So, if we go by zoning now, it will be to my advantage. Zoning or no zoning, a candidate from the South stands a good chance of clinching the ticket. But in the long run, zoning may be disadvantageous because Anambra South has many good governorship materials who may be shut out of the race in future if we continue with it. The same thing applies to other zones.

Even with the current sentiment, some good candidates from other zones may be denied chances of presenting themselves to serve the state. Mr. Oseloka Obaze, from Anambra North, comes to mind here. He contested the governorship position on the platform of the Peoples Democratic Party (PDP) in the last election in 2017. He lost to the incumbent governor, Obiano.

Now, it will be almost impossible for this fine gentleman to come up again because of this zoning sentiment. Here is a man who has a wealth of experience that the state needs to tap to advance to the next level. He had worked at the United Nations as an international civil servant. He is cerebral and was once the Secretary to the Government of Anambra State. The best option now for somebody like him is to look for a good candidate from the South and pair with him as a running mate. If he goes for governor now, he may fail and there won’t be another opportunity for him.

Dr. Obiora Okonkwo from Anambra Central is another good candidate. He too is cerebral and an employer of labour. But by the current sentiment, he may be shut out of the race even with the no-zoning arrangement of the PDP.

Last week, some prominent aspirants on the PDP platform met with the former governor of Anambra State, Dr. Chukwuemeka Ezeife, and agreed on the zoning formula with him. From media reports, the aspirants include Mr. Valentine Ozigbo, Chief Godwin Ezeemo, Mrs. Uche Ekwunife, Chris Azubogu and Barrister Emeka Etiaba, among others. Incidentally, these are all from Anambra South. So, it is in their enlightened self-interest to have it zoned to them. Interestingly, this contrasts sharply with the position of somebody like Ezeemo who opposed zoning in his last governorship outing in 2017 because, as he put it, Anambra had no zoning formula on governorship poll. Then, it didn’t favour him.

Mrs. Ekwunife has been oscillating between South and Central. She is Central by marriage and currently represents the zone in the Senate. But she doesn’t mind moving with the zoning train to the South because, by birth, she comes from there and can claim it, if that is where the pendulum swings.

This zoning thing is beginning to polarise the politics of Anambra State. Even in the South where popular opinion wants the governorship zoned, there is division between Old Aguata Union, comprising Aguata, Orumba North and Orumba South local government areas, and Old Nnewi Forum, comprising Nnewi North, Nnewi South and Ekwusigo local government areas. Each of these areas wants the governorship to come to their side.

The other sentiment that has gained traction in Anambra State is religion. You may wonder why this is so, considering that Christianity is dominant among the people. Yes, the state is predominantly Christian but there is this coded rivalry between Catholics and Anglicans. Some Anglicans will tell you that Catholics have been ruling the state and it is now their turn. Some of their priests mount the pulpit to canvass support for Anglican aspirants. Catholic priests also do the same thing. To most of these religionists, the only thing that matters is that the governor attends their church. How myopic can we be!

Even in some local governments and towns you consider homogeneous, different nepotistic sentiments abound. Politicians always exploit these sentiments to their advantage. The general interest of the people matters less.

Ultimately, every country or state adopts what best suits it because every politics is local. The United States, from where we copied our presidential system of government, does not do any form of zoning. African-Americans are in the minority but that did not stop Barack Obama from becoming the President at the opportune time. He campaigned and got the position on merit. It is my wish that, one day, Nigeria will advance to this level of political sophistication where merit towers above any other consideration in every facet of our life.

But then, since we have adopted rotation at the centre, let the zones that are yet to occupy the presidency do so for equity’s sake. After that, we renegotiate the terms of our existence and political future. Call it restructuring, if you like.

As for Anambra, where every zone has tasted the governorship honey, let every willing aspirant enter the arena. The more, the merrier. But if we want  to continue with zoning, let us make it a law so that the rules will be clear-cut, not this deceptive thing politicians are doing now.