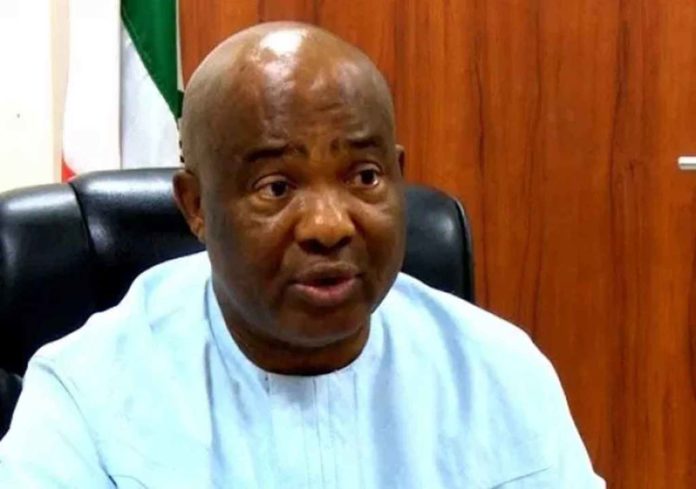 Stakeholders from Imo State on Saturday encouraged Governor Hope Uzodinma to use all legal means to recover every property, including money belonging to the state which was stolen by any public official regardless of the status.

A group comprising of Imo people drawn from all works of life from the three senatorial districts of the state came together to declare that they are irrevocably committed to supporting the government and will stand with and by him to ensure that his plan to recover Imo is achieved.

Those in attendance came from the 305 electoral wards in Imo State and included Captains of industries, academics, businessmen, the clergies, technocrats, politicians, traditional rulers, youths and women leaders, etc.

Earlier in his address tagged ‘Imo State must be for all Imo people’, the governor used the opportunity of the 4th stakeholders meeting since he assumed office to brief ndi Imo on his achievement so far in the last one year in office. He also briefed them on the security situation in the state and of course the recent development involving the former governor of the state, Owelle Rochas Okorocha, who took laws into his hands by unsealing a property that the government sealed.

On behalf of the stakeholders, Chief Ohakim said ‘we the stakeholders from Imo State from the 305 wards in the state, after meeting in Owerri on Saturday, February 27th, 2021, do hereby resolve to mandate the state government to recover every property, money or wealth stolen from Imo people by any person, no matter how highly placed’.