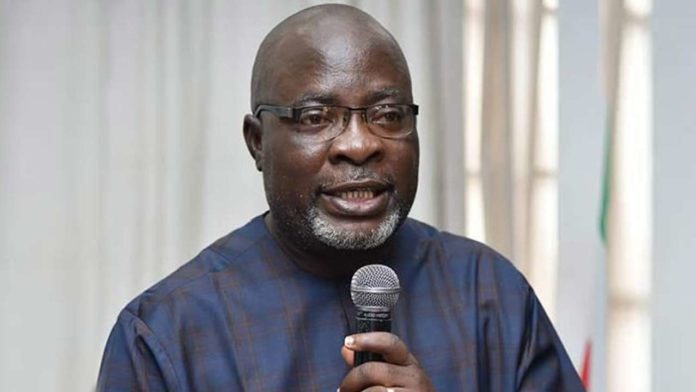 The Peoples Democratic Party (PDP) has come out to clarify that none of the gubernatorial aspirants on its platform has been disqualified, ahead of the November 6, Anambra State governorship election.

The PDP National Publicity Secretary, Kola Ologbondiyan, told Daily Sun in a telephone interview that the interest of the opposition party was to have a credible, free, and fair gubernatorial primary to produce a candidate, who would win the governorship contest.

Ologbondiyan, who was responding to a question on the purported ‘technical‘ disqualification of some persons aspiring to contest the next Anambra governorship poll on the PDP, through alleged zoning of the party’s gubernatorial ticket, said the party is not aware of any disqualification.

‘Which party? Nobody is talking about disqualification. In fact, the National Working Committee (NWC) interest (in Anambra) is having a free and fair primary and winning the election.

‘Even the Presidency that is national, the party has not spoken on it and you are talking about a state. We are not aware. It is not true that the party has gone to Anambra to disqualify anybody,’ the opposition spokesman stated.

The PDP National Secretary, Umaru Tsuari had in a letter to the party’s National Vice Chairman, South East, last year noted that ‘the National Working Committee (NWC) in her 502nd session of Wednesday, August 12, 2020, resolved to uphold the decision of the southeast Zonal Working Committee of July 3, 2020,’ which ruled out the zoning of the party’s gubernatorial ticket for the forthcoming Anambra governorship poll.