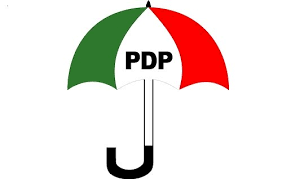 The Peoples Democratic Party (PDP) disclosed on Friday that it would not adopt the zoning formula in deciding its candidate for the 2021 Anambra State election governorship election.

The party said it would pay attention to the question of how to produce a credible candidate for the election even as it declared that Ndubuisi Nwobu is its chairman in the state.

At a press briefing in Abuja presided over by its national publicity secretary, Kola Ologbondiyan, the PDP warned that it would sanction members who resort to litigation.

Ologbondiyan said the resolution of the party against zoning was sequel to a resolution by party stakeholders in Anambra State and the South-east region last Month.

Also speaking at the press briefing, the PDP national vice-chairman, Austin Umahi, said “On the issue of litigation, we said it clearly that anyone that deviates from the decision of the National Working Committee is going to be sanctioned because we must have to instil discipline for this party to move forward.

“I have to tell you, Anambra State as a state is very cardinal in the South East and we don’t want to joke with this election.

However, the resolution of the South-east PDP, dated July 3, 2020, read, “The Zonal Working Committee of our Party states in very clear terms its resolve to ensure that our Party wins the 2021 Governorship Election in Anambra State.

“While reiterating that the PDP is not Zoning the Governorship, we wish to commend all the Gubernatorial Aspirants of our Party in Anambra State, for their matured politicking, we bring them the assurances of our National Chairman of a level playing field and the conduct of a most transparent primary.

“We call on all Party faithful, as a demonstration of loyalty to the Party, to withdraw forthwith all matters in the court, and avail themselves of internal conflict resolution mechanism, as we assure them that all complaints shall be adequately attended to timeously by the South-East Zonal Leadership,” the communique said.