HomeFeaturesAttacks In Southeast: Kanu Cries Out From DSS Custody
Features

Attacks In Southeast: Kanu Cries Out From DSS Custody 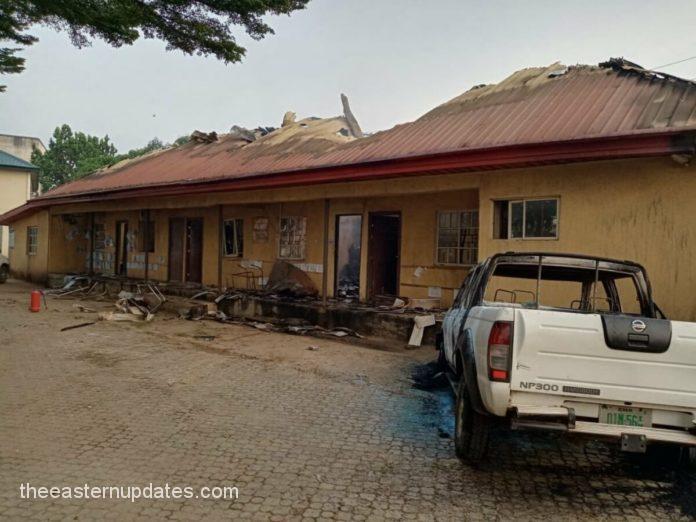 The detained leader of the Indigenous People of Biafra (IPOB), Nnamdi Kanu, has lamented over the spate of attacks in the Southeast calling on his supporters to do everything possible to bring it to an end.

Kanu expressed grave sadness while strongly condemning the attacks across the Southeast which have assumed horrible proportions in recent times.

He made this disclosure during his routine meeting with his Special Counsel, Aloy Ejimakor, and some members of his legal team.

The IPOB leader also conveyed his comfort to victims of the attacks.

A tweet by his lawyer, Ejimakor reads: ‘Update: I had a visitation with #MNK today. With profound sadness, he received news of the staggered attacks of past few days across Southeast, including the one at my hometown.

‘He asked me to strongly condemn the attacks on his behalf and convey his comfort to all the victims.’

The Eastern Updates reports that in recent times, some unknown gunmen have been attacking communities, markets, and government facilities in the Southeast.

Over the weekend, these unknown gunmen had attacked Ejimakor’s hometown in Imo State.

Imo State Governor, Hope Uzodinma on Monday decried the incessant attacks on offices of the Independent National Electoral Commission (INEC) in the state by unknown gunmen, describing them as ‘politically contrived’.

The governor made the comment at the Imo Police Command Headquarters in Owerri yesterday in the aftermath of an attack on the INEC headquarters in the South-East state which led to five deaths.

While addressing the press after the visit, the Governor said; ‘If we collaborate this with the events of the past, we have continuously said that what is happening in Imo State is politically contrived’.

‘Some people think that they can win the election yet they don’t want the election. How would they now win?’

Africa Today News, New York reports that with less than three months to the general election, Governor Uzodimma described the attacks as a distraction to the electoral body.