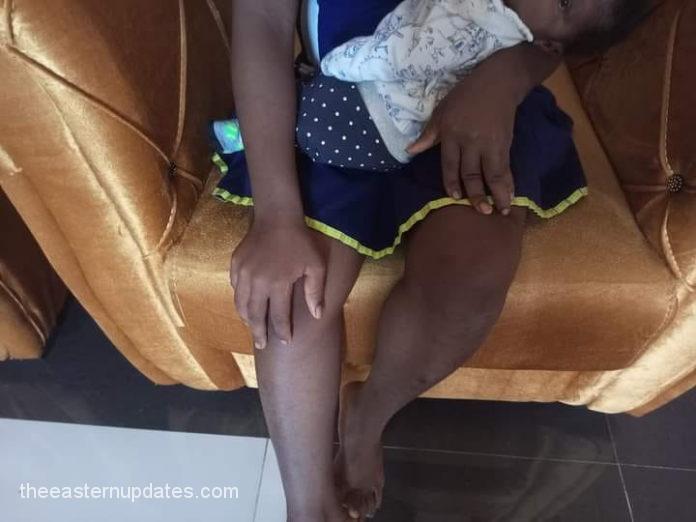 The Anambra State ministry of women and children’s welfare has rescued a 13-year-old girl who recently delivered a baby from her guardian and is now being kept in safer custody.

The teenage mother (name withheld) said she was put in the family way by her guardian, whom she identified simply as Mr. Sunday.

The news of her delivery broke out on social media over the weekend, which led the state ministry for women and children’s welfare to search for her.

She was rescued by the team from the ministry and taken to a safer place.

The spokesperson for the ministry, Miss Chidimma Ikeanyionwu, disclosed this to journalists on Monday, adding that Mr. Sunday, who impregnated the teenager was arrested on Sunday night by the team from the ministry and handed over to the police.

In an interview which was monitored by The Eastern Updates, the teenage girl said she hails from Akwa Ibom State, while her biological parents stay in Agulu, Anambra State.

She explained that she was not the only victim involved in her guardian’s knack for defiling children, adding that the defilement started when the culprit’s wife travelled to the village.

‘Mr. Sunday’s wife is known as Madam Ghana. This started when Madam Ghana travelled to the village. I am not the only one involved. There is another girl who is seven years old, Mr Sunday used to sleep with her too.

‘I once told Madam Ghana about it, and she cautioned her husband, but when it continued, I could not do much any longer,’ the victim said.

Speaking further, Ikeanyionwu said the culprit would soon be charged in court.

Ikeanyionwu quoted the Commissioner for Women and Children’s Welfare, Ify Obinabo, as saying that the Anambra State government would not tolerate such indecent action and that as many people engage in such acts, the government will ensure they do not go free.