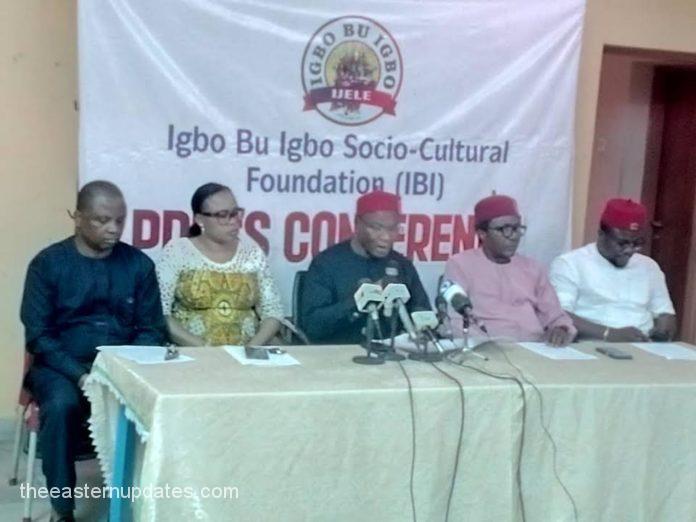 A socio-political organisation identified as Igbo Bu Igbo, has raised very big questions about the alarm over the height of insecurity ravaging the South East, lamenting that the region is under siege.

It specifically fingered Ebube Agu in some of the killings and kidnappings taking place in the region alleging that some politicians were using outfit to settle political scores.

The Chairman, the Council of Elders of Igbo Bu Igbo, Humphrey Orjiako, at a press briefing yesterday in Abuja, argued that the reason for the formation of Ebube Agu has been defeated.

Orjiako made reference to the alleged flogging of civil servants and others at the site of the ongoing Ebonyi Airport Onueke in Rzza Local Government Area.

He also referenced the alleged killing of 14 youths returning home from a traditional marriage in Awo-Omamma, by the operatives of the state’s Ebube Agu security outfit, which occurred on July 17, 2022.

He said: ‘Igbo Bu Igbo is deeply worried by this growing insecurity. Granted that no state is spared in the South East, it is noteworthy that the incidence is worse in Ebonyi and Imo States.

‘Beyond the gravity of the insecurity incidence, the two state governments have also been accused by some of their own people of being responsible for perpetrating much of the insecurity through the reckless deployment of the Ebube Agu security outfits for political and other acts of complicity or complacency.’

He, therefore, called on the “Inspector General of Police to investigate all accusations by victims that Ebube Agu runs torture chambers both in Imo and Ebonyi states.