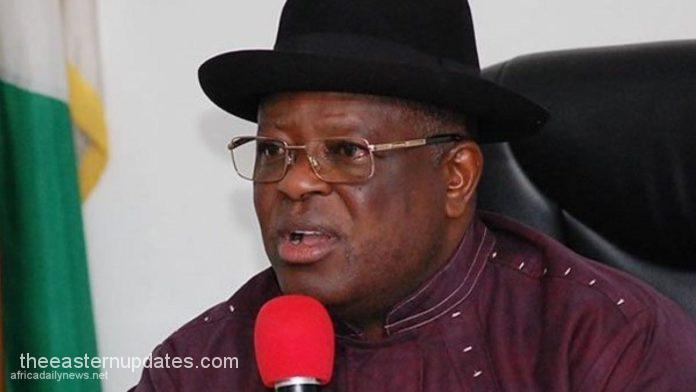 The Governor of Ebonyi State, David Umahi has come out to openly warn against the illegal activities of selling and buying of some of the landed properties and shops at the popular Kpirikpiri market in the state while threatening severe penalities to defaulters.

The state Commissioner for Information and Orientation, Mr Uchenna Orji had announced this in a statement on Wednesday in Abakaliki by Umahi warned the people involved to desist from the transaction, noting that the state government would punish the perpetrators.

“It has come to the notice of the governor that some local government officials of Ebonyi Local Government Council are illegally selling lands and shops at Kpirikpiri Market.

“The sellers and buyers should know that the market is within the capital and as such belongs to the state government.

“We hereby, give notice of revocation of all lands and shops at Kpirikpiri market.

“All occupants are directed to proceed to the state Ministry of Market Development for appropriate documentation and payment to government.

“Take note that where such occupants fail and or neglect to come to the ministry for documentation and payment within the stipulated time, they shall be held responsible for breach of the state Land Use Regulations,” he advised.

The governor noted that after seven days from Wednesday, all lands and shops whose occupants failed to make their papers and appropriate payments would be shut.

“All the perpetrators, no matter whom they are, shall be brought to book,’’ he said.

He stressed that the state government had not given anyone the right to sell any shop or land at the Kpirikpiri market, adding that, “all concerned have been sufficiently admonished.’’