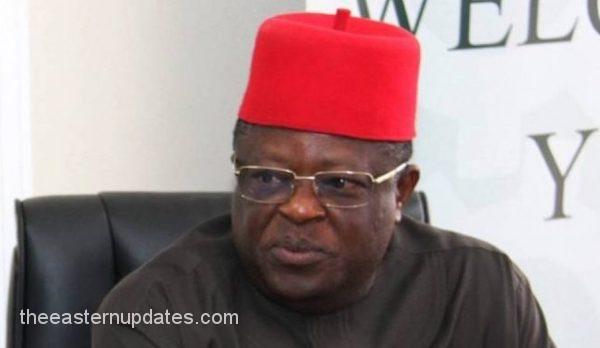 The Ebonyi State Governor, David Umahi has threatened to arrest and detain some of the stakeholders in host communities of its international airport if they fail to identify those destroying the facility’s perimeter fence.

This was contained in a statement issued by the Commissioner for Information and Orientation, Mr. Uchenna Orji on Saturday in Abakaliki.

“The state government had in the past six months rebuilt parts of the fence destroyed by members of the host communities.

“Government is worried that this development may hamper the smooth take-off of the airport’s operations in 2022. We are dismayed that the airport’s perimeter fences in other states were not being destroyed or vandalized by their host communities.

“Therefore, the state government has decided to take steps to secure the fence and property to enable operations of the airport to take off as scheduled.

“This is the final warning from the state government in this regard,’’ the commissioner warned.

The Eastern Updates reports that the election, which took place at the Afikpo North Local Government Headquarters, witnessed the heavy presence of Security operatives, APC supporters, Journalists, among others.

Declaring the results, the Chairman of the Electoral Panel for APC Ebonyi South Senatorial district election, Prof. Emmanuel Adebayo affirmed that Umahi having scored the highest number of votes is declared the winner of the election.

According to him, a total of 275 votes was cast; 268 votes were valid while 7 was invalid.