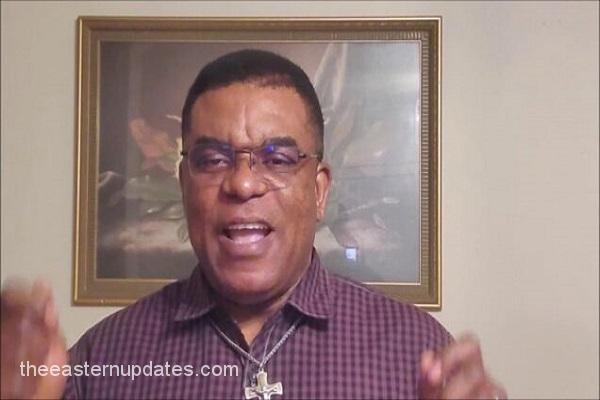 Pastor Donatus Obi-Ozoemena who is the 2023 governorship candidate of the African Democratic Congress (ADC) in Enugu State,  has blasted the Governor Ugwuanyi-led Government of Enugu State while condemning the demolition of building materials section at the popular Kenyatta market, in the State, describing the action as insensitive.

Ozoemena, who made the condemnation in a statement, entitled: “Kenyatta Market Demolition: What manner of government?” also bemoaned what he described as enormous economic waste occasioned by the exercise.

Read Also: How We Intend To Dismantle PDP In Enugu – LP Guber Candidate

According to him, the State Government’s action was ill-advised, ill-timed and rash owing to the current harsh economic realities in the State and Nigeria in general.

The politician also queried the rationale behind such exercise at a time that, according to him, other governments were busy mapping out palliatives and other support programmes for traders and artisans.

The statement reads in part: “When I saw pictures, audios as well as reasons adduced by the Enugu Capital Territory Development Authority (ECTDA) for crushing people’s hard-earned shops and livelihood at Kenyatta Market in Uwani Enugu, I screamed ‘What manner of Government?

“My heart was broken because of the poor judgment of the current State Government and her usual abysmal handling of critical issues especially at this time of biting hardship and insecurity across the State and country.

“How could a government preoccupy itself with such ill-idea of killing businesses, throwing more families into acute poverty, hunger and hopelessness at a time that other governments are having sleeplessness nights trying to support businesses so as to pull as many of their citizens as possible off poverty, hunger and criminalities?

“Is it not obvious that Enugu is in dire need of a deliverer to usher in a new status quo; a leader that would create more opportunities and incentives to do business in the State rather than killing existing ones?

“For us, the excuses given by the ECTDA justifying government’s action are lame, unfortunate and condemnable.
“Such cannot occur under ADC government, pastor Ozoemena stated”.

The Chairman of ECTDA, Dr Josef Onoh, had told journalists that the exercise was carried out because activities of the affected traders were “hurting the economy of the state and affecting the development and growth of the city” adding that they were merely carrying out a court order in line with the agency’s development exercise.

According to the ECTDA boss: “We now have an over populated arena which has contravened the city’s development plan and we had given them successive notices to move to the new International market at Ugwuaji; the New International Market had been developed and designed to accommodate them but they refused to relocate.
“For two years now, I have been meeting with the leaders of the market but they are not in unity.
They should blame their leaders not government.”

However, Ozoemena disagreed with Onoh’s submissions, insisting that the demolition exercise was tantamount to throwing away the baby with the bath water, alleging that the development would increase the economic woes of the state and likely increase crime rate, as well.

He urged citizens to remain calm and endeavor to use their Permanent Voters card (PVCs) wisely in 2023.