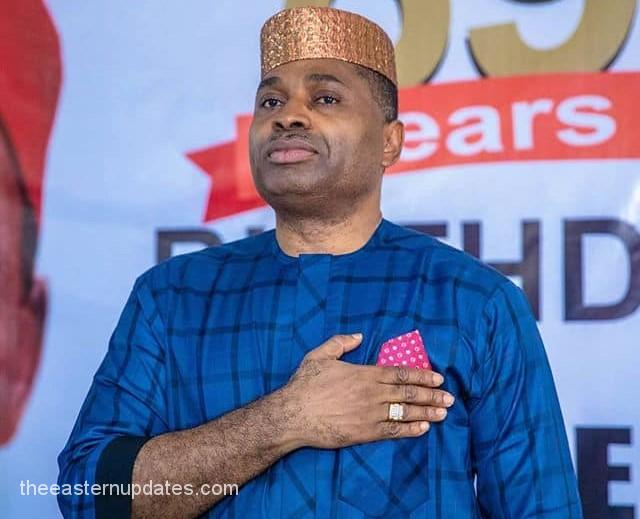 Kenneth Okonkwo had made the announcement on Friday during an interview with Arise TV and it is also coming two days after the actor dumped the All Progressives Congress (APC) over the party’s decision to fly a Muslim/Muslim ticket.

When asked where his support lies, Okonkwo said; “I’m not contemplating [on joining] any party yet. A northern friend from Kano told me to join the Obi movement. This is a northern Muslim talking. Saying northern Muslims won’t support Christians is a false statement.

“That is the problem with bringing Octogeneraians to manage your party and the affairs of government. I’m Obi-centric, but I’ve not joined any party. It’s the ticket that gave me the youthful energy needed to change Nigeria”.

According to him, internet sensationalism started with the APC in 2015, prior to President Muhammadu Buhari’s assumption of office.

“When APC was campaigning in 2015, they were the originators of internet sensationalism. So why are they crying, if it (Peter Obi’s internet fandom) is not making any impact?

“When I read business administration, I was told that the strategy of marketing starts with drawing attention. And [Obi’s people] are doing it effectively well.”

In another report, a Nigerian-based legal practitioner, Ebun-Olu Adegboruwa has reiterated that he is not impressed with the Peter Obi – Baba-Ahmed candidacy while slamming their purpose in the Presidential race and their actual backstory for wanting to rule.

The former governor and ex-lawmaker are running for the 2023 presidency under the Labour Party (LP) ticket.

In a statement, Adegboruwa described them as “usurpers with no legitimate party or structure”.

The Senior Advocate of Nigeria (SAN) said Obi and Baba-Ahmed used their financial prowess “to corner a ticket meant for genuine representatives of the working class”.