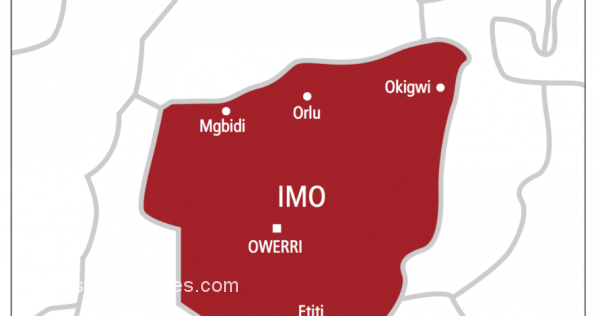 In a fresh directive which has been aimed at curbing the menace of insecurity in the State, the Imo State government has announced its plans to install public safety officers and safety equipment in all ministries, departments and agencies to ensure the safety of lives and properties in Imo state.

The Government also gave a directive to private organisations that render services to the public to apply the same security measures to guard against disastrous consequences such as fire outbreaks and other accidents.

The special adviser to Governor Hope Uzodinma on public safety, Prince Ugochukwu Nzekwe disclosed this at a 2-day training programme on “Safety Standards and Regulations” organised by the Government Public Safety Unit for directors, managers and personnel of both public and private institutions and safety officers in the state.
Prince Nzekwe who spoke on the importance of public safety and the responsibilities of public safety officers said that the government is desirous to ensure that managers and staff of public and private establishments always take cognizance of their safety, those of their customers and the properties they use in operating their businesses to forestall possible disasters.

“Safeguarding residents of the state from crime, disasters and other potential dangers and threats is of paramount concern to the state government hence safety standards and regulations have now become compulsory in all public and private establishments in the state,” he said.

In another report, the Imo State Government has signed a memorandum of understanding (MoU) with an indigenous firm, Contemporary Architecture Ltd, which would be handling  the construction of 5,000 housing units comprising 1,000 houses in its first phase.

Dr C.C. Osuala, who is the commissioner for budget, economic planning and statistics had announced that the first phase of the project would commence with the execution of 1,000 housing units while the target of 5,000 is expected to be achieved in the near future.

Osuala who disclosed this to newsmen in his office stressed that the state government would provide land for the project and also broker a cordial and amicable relationship that would facilitate the acquisition of some hectares of land for the takeoff of the project around the Otamiri River in Owerri, the state capital.

The commissioner commended the firm for keying into the government’s mantra of Rehabilitation, Reconstruction and Recovery,  even as he expressed optimism that the project when completed, would provide affordable houses for indigenes of the state, assuring that the state government is working assiduously to attract other ventures to the state.