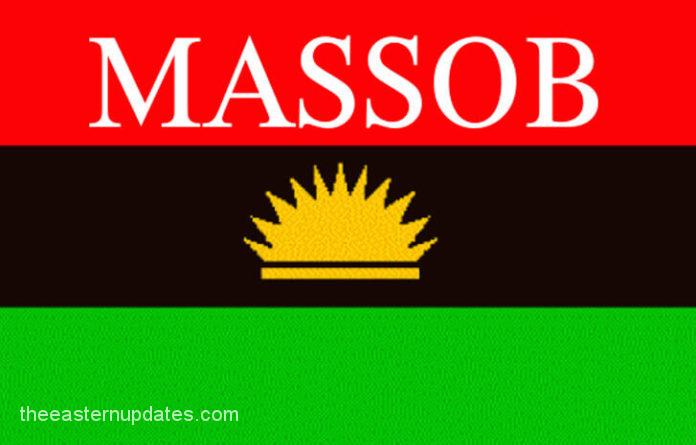 The Movement for the Actualisation of the Sovereign State of Biafra (MASSOB) has lambasted self-styled Biafra activist, Simon Ekpa telling him to desist from dragging the good name of former Anambra State governor and presidential candidate of the Labour Party in next year’s general elections, Peter Obi, into the dastard killing of its members in the state in 2013.

A Communique from the National Executive meeting of MASSOB, which was presided by its leader, Uchenna Madu, asserted that it was the disbanded notorious Special Anti-Robbery Squad (SARS) of the Nigeria Police that massacred their members in January 2013, and dumped their bodies in Ezu River, Amansea, in Anambra State.

The group, which named the former Commander of SARS in the state, James Nwafor, as responsible, urged Ekpa to stop distorting facts.

A statement by National Director of Information, Comrade Edeson Samuel, called for the immediate release of leader of the Indigenous People of Biafra (IPOB), Nnamdi Kanu, declaring that continuous arrest and detention of agitators would neither break the spirit of Biafra struggle nor jeopardise its actualisation and restoration.

‘Though MASSOB quest for Biafra actualisation and restoration can never be abandoned or jeopardised, our belief in Biafra is infallible and unshakable.

‘We advise the oppressed, abandoned, deprived and mesmerised youths, women, men and students to secure their PVCs, to enable them remove their oppressors and tyrannical leaders from the federal to state governments.

‘That MASSOB warned that the 2023 general election must be peaceful, fair and credible. That INEC must maintain the independence of their name in discharging their electoral management duties.

‘That MASSOB expresses surprise that one Simon Ekpa, who is based in Finland, will use the instrument of social media to distort the open truth about Ezu River killings of MASSOB members.

‘Members of MASSOB were arrested by the defunct SARS in Anambra State, led by James Nwafor, a notorious police officer.

‘He later killed them alongside other suspected criminals and dumped their bodies in Ezu River, Amansea Awka.

‘MASSOB advises distorters of truth and paid agents of destruction to stop attaching Mr Peter Obi’s name to Ezu River killings; he did not order or supervise the arrest and subsequent gruesome killing of MASSOB members,’ the group stated.