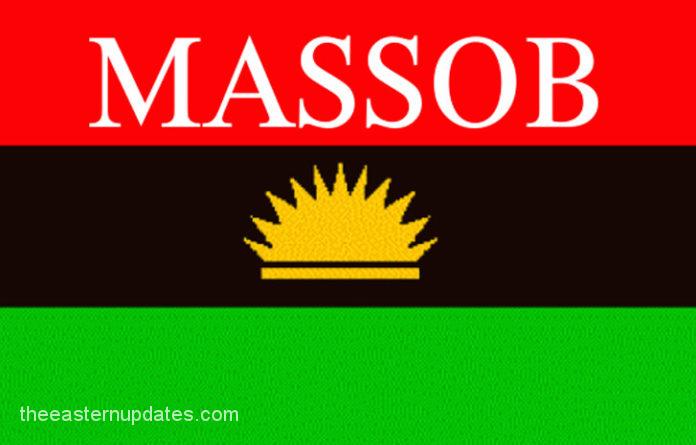 The Movement for the Actualization of the Sovereign State of Biafra, MASSOB, on Wednesday, called on President Muhammadu Buhari to facilitate and ensure the emergence of a President of Igbo extraction in the 2023 general election, as well as the release the detained leader of the Indigenous People of Biafra (IPOB), Nnamdi Kanu.

In a statement by the leader of MASSOB, Uchenna Madu which was made available to The Eastern Updates, the group emphasised that the emergence of such President would ‘help the country diffuse many bottled anger which has fuelled agitations.

The statement read in part: ‘The leadership of the Movement for the Actualisation of the Sovereign State of Biafra (MASSOB) demands for the immediate release of Nnamdi Kanu from detention as well as Nigeria President of Igbo extraction.

‘As President Muhammadu Buhari visit Ebonyi State, MASSOB remind Mr. President that only the release of IPOB leader will douse tension in the zone as well as restoring peaceful atmosphere to the entire country.

‘MASSOB will not be against the visit of President Buhari to Ebonyi state. We are making these two major demands as part of our own contribution to peace as being clamoured by well meaning citizens.

‘MASSOB also remind President Muhammadu Buhari that continuous detention of Mazi Nnamdi Kanu in DSS custody will only worsen the security challenges facing the country, it will also continue to affect the economy.

‘MASSOB request from President Muhammadu Buhari to facilitate and ensure that one of the many southeast presidential aspirants succeeds him in 2023.’

The Eastern Updates reports that there has been serious clamour for the 2023 Presidential slot be zoned to the South East.