HomeFeaturesPanic As Gunmen Murder Policeman At Checkpoint In Imo
Features

Panic As Gunmen Murder Policeman At Checkpoint In Imo 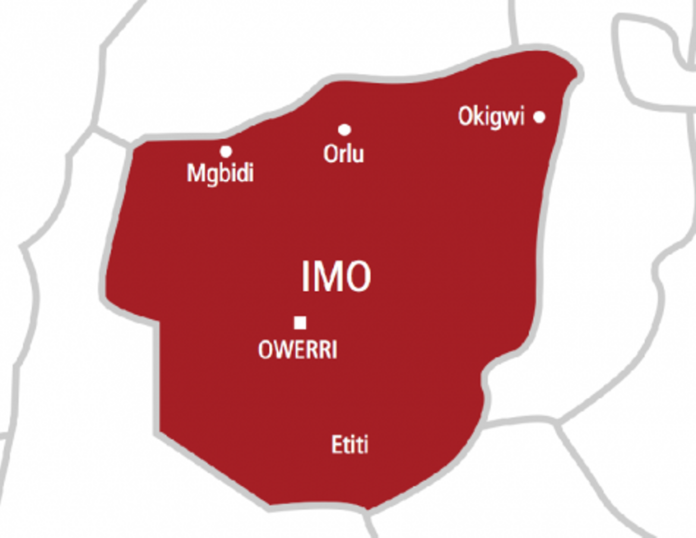 An Assistant Superintendent of Police, identified as Ukam Efut, was yesterday evening shot dead at a security checkpoint at Agwa in the Oguta Local Government Area of Imo State by fleeing gunmen, The Eastern Updates has gathered.

After shooting the officer dead, his killers reportedly chopped off his manhood and fled with it.

A community source who pleaded anonymity told our correspondent on Wednesday that the gunmen met the policeman and his colleagues at a checkpoint and opened fire on them.

He said that while Efut was shot dead on the spot the other cops were lucky to have escaped.

The source said, ‘Unknown gunmen killed a police officer at Agwa Police Divisional Headquarters, Agwa, Oguta LGA, on Tuesday, May 3, 2022, at about 4pm. The deceased officer Ukam Efut and two others were at a certain checking point, as usual, where they mounted a roadblock and were collecting money from illegal oil dealers (bunkering).

‘Mr Ukam, the deceased officer, was shot dead and his penis cut off by his killers and made away with the penis. One of the other two officers sustained wounds on his face.

‘We call the place he was shot dead Okpo-efi junction, Agwa Ejemekwuru road. The development was really unfortunate as they made away with the man’s private part. The community is quiet now.’

The chairman of the community, Ekene Onyejiekwe, told our correspondent that the remains of the slain cop had been deposited at a morgue in Owerri.

The community leader said, “He was shot by unknown gunmen. I received a distress call from the DCO of the police headquarters that a group of policemen had been attacked in the community.

‘Before then, some of my people coming back from the farm told me about the incident first. The DCO asked me to assist in evacuating the slain cop. On arrival at the scene of the incident, I saw the DPO, DCO and the Area Commander. The Area Commander instructed that the remains of the fallen police officer be taken to the morgue.

‘Members of the community and security operatives took the body to the morgue in Owerri. That is all I can tell you about the incident.’

The police spokesperson for the Command, Micheal Abattam, had yet to react to the development but a police source said that the slain was newly posted to the area.