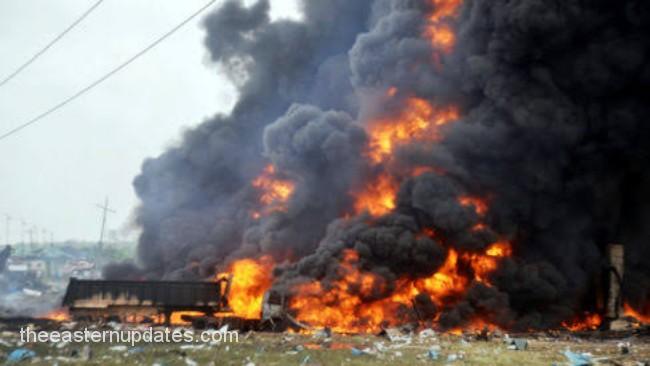 An explosion which occurred on Wednesday killed two persons at a flow station in the oil-producing community of Izombe in Oguta Local Government Area of Imo State.

The explosion occurred in the early hours of Wednesday at the facility operated by Addax Petroleum Development Nigeria Limited.

He explained that the Commissioner of Police in Imo immediately drafted the command’s anti-bomb unit, as well as some operatives of the command to the area to prevent any breakdown of law and order.

An eyewitness in the community who witnessed the ugly incident also disclosed to The Eastern Updates that the two persons affected in the explosion were carriers of the bomb.

The eyewitness explained that the victims were trying to find their way into the flow station through the entrance when the bomb exploded and killed them.

Addax Petroleum is one of the two oil companies located in the Izombe community. In recent times, the community has been a hotbed of insecurity and violence.

The most recent is the clash between some youths in the area and officials of the Nigeria Army which left many dead and several houses destroyed.