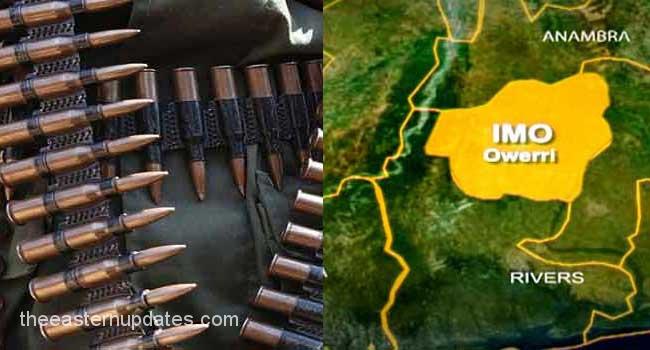 Some yet-to-be-identified Gunmen on Wednesday attacked and killed two officers of the Nigerian Correctional Service (NCS) who were on patrol in Okigwe town.

The Eastern Updates gathered that the attack happened at Umulolo in the Okigwe area of the State on Wednesday afternoon.

An eyewitness who pleaded anonymity told newsmen that the murdered officers who are yet to be identified, were part of a joint security task force team in the area who were saddled with the responsibility of protecting the area.

The source who pleaded anonymity said the deceased officers were on patrol when they were ambushed by the gunmen.

The source added that they took off from Owerri in two Hilux vans for the day’s job before the incident.

‘The attackers ambushed them and threw dynamites inside their vehicles.

‘The two officers died on the spot while others were rushed to the hospital.

When contacted, the spokesperson for the NCS, Goodluck Uboegbulem, confirmed the incident but added that the service was yet to get a full report on the incident.

Meanwhile, all efforts to reach the Police Public Relations Officer in Imo, Mike Abattam failed as he neither picked calls nor responded to text messages sent to him.

In a related development, The Eastern Updates reports had earlier reported that Police Command in Ebonyi State had confirmed that no fewer than four persons were killed during Tuesday’s attack by Unknown gunmen on the facility of the Nigerian Drug Law Enforcement Agency (NDLEA) in the State.

Police Spokesperson, DSP Loveth Odah, who confirmed the incident in a statement, said that security agencies killed two of the gunmen, while others escaped with injuries at the incident that occurred at Ntezi.

The spokesperson added that two rifles and other ammunition were recovered from the attackers.