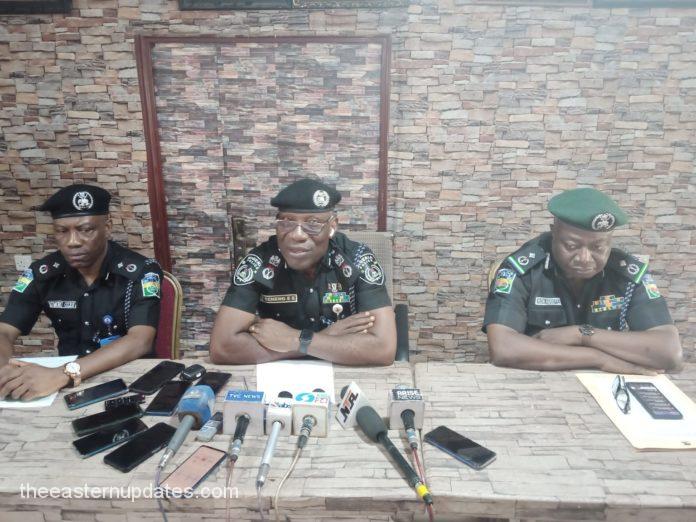 The Police Command in Anambra State have decried the reluctance of indigenes of various communities in the state to volunteer information about the activities of criminals and the activities of the unknown gunmen in their areas.

The Commissioner of Police, CP Echeng Echeng, stated this in a press conference on Monday, saying that there was nothing unknown about the gunmen terrorising Anambra State to warrant the ‘unknown gunmen’ tag.

The commissioner also, while reacting to rumours that the slain Anambra lawmaker, Hon Okey Okoye was killed because of refusal to pay ransom, said there was no truth in the insinuation.

Echeng said: “I’m not aware that any ransom was demanded, or any ransom paid.”

He said: “We have been saying unknown gunmen is not the right name for these criminals. We are trying to mystify something that is not just there.

“It is time we go into demystifying those people. These people are not spirits, they live with us, they are our nephews, our cousins, our brothers, and they live in communities. We know who they are. The problem of security is that of total silence, nobody sees something, nobody hears something and nobody says something.

“Security is collective and everyone has a part to play. Crimes are localized, and they happen in our communities. We should be able to come up with information about what is happening in our communities, not glorifying them and tagging them as unknown gunmen, otherwise, we will end up not making headways.

“We know them, we have actually arrested some of them and they are human beings. I want us to also shift the narrative that these criminals are Fulani. We have arrested some and taken out some during gun duels.

“So, when the community who should help to contribute to security decide to stay quiet, that is not a good sign. Last week a person I didn’t know told me that a team of gunmen were operating at Umunze in a Hummer Jeep, I sent a team after them, and we were told they have moved to Umichu and we pursued them and were able to take out four of them.

Meanwhile, the commissioner disclosed that men of the command have decided to go all out on criminals. He said their dens have been identified, and soon, news of their exploit would be made known.

“You will hear of it from tonight. We will not spare any of them. Forget the narrative they push that they live in the forest, they create that impression and then return to the communities where they live.

“What they have in the forest are just shrines, and we have visited and destroyed most of them. These criminals live among the people,” he insisted.