HomeFeaturesFour Gunmen Killed In Shoot-Out With Police In Anambra
Features 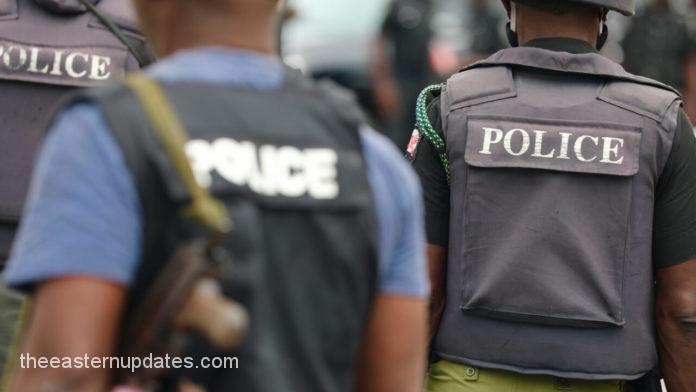 Police operatives in Anambra State have killed no fewer than four of the gunmen terrorising various parts of the State.

The Eastern Updates gathered that the four were taken out at Umuchu community in Aguata Local Government Area of the state during a gun battle.

This was disclosed by the Commissioner of Police in the state, Echeng Echeng, at a press briefing at the command’s headquarters in Amawbia, Awka South LGA.

“Last Monday, just a phone call by a concerned citizen, I don’t know him up till now; he told me that bad boys using Hummer Jeep were operating in Umunze. And I followed it immediately because I had a team that was close by.

“When the team left, he told me that they had left Umunze and entered Umuchu. He gave me a description and we attacked that place. When we got there, they exchanged fire with us and four of them were taken out. The Hummer bus is the one that is parked outside there. You see what information can do. We expect more from the communities,” said CP Echeng who lamented that the police were not getting enough information from the people.

Echeng commiserated with the family and kinsmen of Okechukwu Okoye, who was murdered by gunmen last Saturday, after he was abducted on May 15, saying that the police would not leave any stone unturned in its efforts to bring the perpetrators of the dastardly act to book.

Okoye, popularly known as Okey di Okay, represented Aguata II Constituency in the Anambra State House of Assembly. He was Governor Chukwuma Soludo’s kinsman. He was abducted alongside his aide, Cyril Chiegboka.