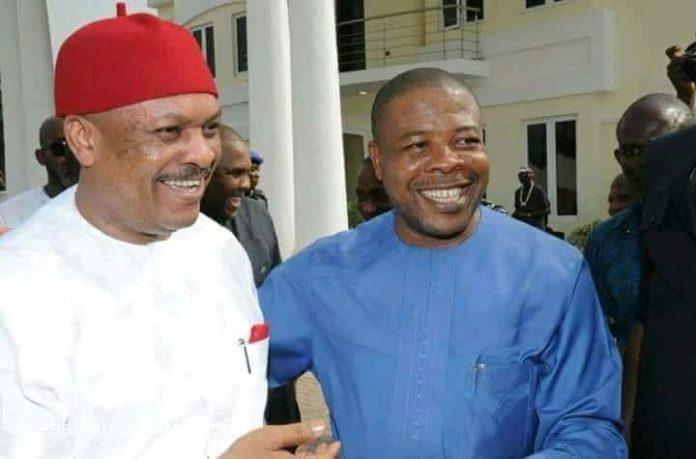 There has been terrible chaos in the house of the Peoples Democratic Party (PDP) Imo Chapter as the erstwhile governor of Imo State, Emeka Ihedioha, and the National Secretary of the Peoples Democratic Party, Samuel Anyanwu, has compelled the Imo State chapter of the PDP to suspend its state House of Assembly and House of Representatives primaries indefinitely as they seriously locked horns.

While Ihedioha is publicly supporting the presidential ambition of the Governor of Sokoto State, Aminu Tambuwal, Anyanwu is said to be supporting his longtime friend and political benefactor, Governor Nyesom Wike of Rivers State.

The clash of interest led to the Independent National Electoral Commission invalidating the three-man ad-hoc delegates congress and one-man statutory national delegates election held in the state after it was allegedly marred by crisis.

The PDP, in a statement on Saturday by its Organising Secretary in the state, Law Biaduo, announcement that the planned primaries would no longer hold.

“A new date and further directives regarding these elections shall be communicated to all concerned as soon as possible. All members of our great party are advised to remain calm,” he said.

A statement by the PDP legal advisor in the state, Kessinger Ikeokwu, on Sundaya also attributed the non-conduct of the primaries to “confusion caused by the National Assembly”.

Mr Ikeoku explained that Imo would not vote along with other states who were now voting with their three-man ward delegates and one national delegate.

“Please note that the reason for the suspension of the PDP House of Assembly and House of Representatives primaries in Imo as a result of the confusion that arose from the error of the national assembly in the country.

“This is hinged on Section 84 (8) of the Electoral Act, which inadvertently led to the exclusion of over 80 per cent of delegates ordinarily meant to vote at the primaries.

“The Imo PDP case became compounded because it hadn’t tidied up its three-man ad hoc delegates, who ought to vote at the primaries due to pending litigations.

“What it means is that it created a situation of chaos for Imo because we have not concluded our elected delegates,” he explained.

Mr Ikeoku urged PDP members in the state to ignore “fifth columnists writing about a crisis within the party”.

According to him, there is no crisis, as the leadership of the party at all levels were working together to make sure our ad hoc delegates are cleared to vote at our primaries on a later date to be announced.

He assured them that as soon as President Muhammadu Buhari signed the amended Electoral Act 2022, the state delegate list would be properly constituted.