HomePoliticsFG To Give Imo $120m For Livestock Programme - Uzodinma
Politics

FG To Give Imo $120m For Livestock Programme – Uzodinma 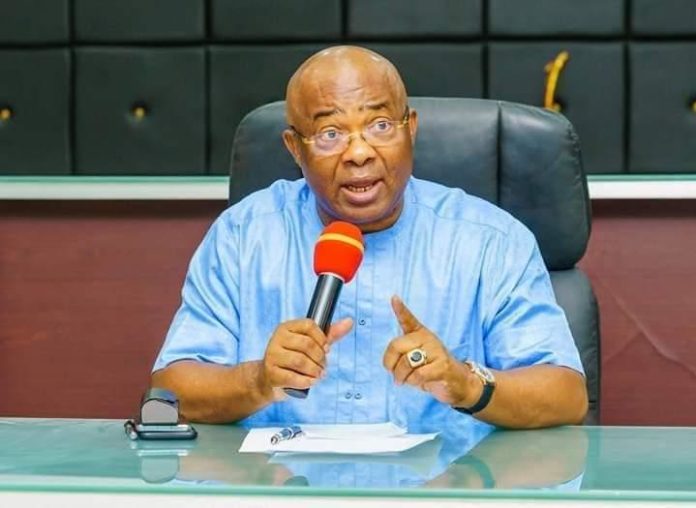 The Federal Government has concluded plans to release $120 million to Imo State to support the state government’s livestock programme.

Governor Hope Uzodinma made this disclosure on Friday during a broadcast to mark the nation’s 61st Independence Anniversary in Owerri.

He also revealed that the state has also been earmarked to receive $850 million to be distributed among seven states.

‘Another benefit from the visit (President Muhammadu Buhari) is that the Federal Government has graciously included Imo State as a beneficiary of its special Agric Processing Zone Project for Livestock farming,’ he said.

‘Out of the seven states in the country that will benefit from a Federal Government  $850 million for the programme, Imo State is number two! Consequently, a whopping $120 million will soon be released to our state for the livestock programme.’

The governor explained that the Federal Government has also listed Imo as one of the states to benefit from a $1.4 billion facility secured from the World Bank for urban and rural water development.

While commenting on security, Uzodinma said relative peace has been recorded in the South-Eastern state under his administration.

He commended President Muhammadu Buhari and security agencies for their ‘invaluable support to the state government in tackling the worst form of banditry and criminality ever witnessed in the state.’

According to the Imo governor, everyone in the state is a witness to the ‘savagery and cannibalistic brutality that defined the regime of violence and criminality that enveloped the state for some months in the recent past.’

Uzodinma warned that his administration will not tolerate anybody that attempts to foment trouble in the state, vowing to crush criminal elements.

He called on people of the state to support the security agencies and government by providing useful information to flush out criminals from their hideouts.

‘Anybody who attempts to disrupt the peace of the state again may not live to tell the story. That is why it is important for parents and guardians to rein in their children and wards as the security agencies have our directive to deal decisively with those who may be tempted to foment trouble again.

‘I have just inaugurated a judicial commission of inquiry to investigate the security breaches in the state and come out with recommendations on what government should do to ensure that there is no recurrence of such.

‘I believe that both the perpetrators and their sponsors would be unmasked for Imo people to know their enemies. But all of us have a collective duty to protect our state against renegades,’ he added.