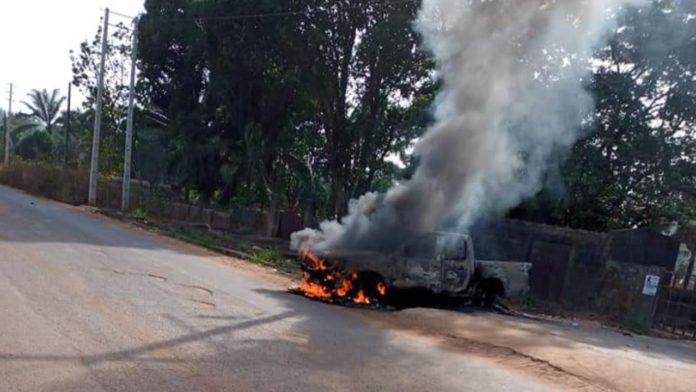 The past few days have featured news of incessant killings and brigandry in the Southeastern region of Nigeria particularly in Anambra State where their gubernatorial elections have been set to hold by December and amidst this bloodshed, no one knows who to blame or which renegade group to accost for these mishaps.

The blames have been shifting from IPOB’s ESN to the DSS and from the DSS to Unknown Gunmen and recently, there have been reports that these crimes are actually being perpetrated by defectors of the IPOB group. The most recent of these crimes was the siege laid on Agulu by these detractors who murdered one of the illustrious sons of the Southeastern region in cold blood. If Dr Chike Akunyili had known that the invite he received to accept an award for his wife, the late Dr Mrs Dora Akunyili, former minister of Information of Nigeria at Umoji in Idemili North Local Government Area of Anambra State would be his last if he honoured it, he would have asked them to go to blazes. In the video of the killing, which has gone viral, Dr Akunyili, in a complete suit with white shirt and a black tie, was shot in the left eye and was seen trying to get up from the pool of his blood. Another person, in a brown native dress, with a brown shoe to match, was also seen in the pool of his own blood.

The killing which was one of many that day was very gruesome in every meaning of the word and it was worse to see that a man of his capacity was killed like a common dog on the streets of his own fatherland and this is fast being a normal occurrence as innocent youths, fathers and mothers are being killed in a vendetta style murder system all because of varying reasons which are completely futile and unrealistic.

Igbo land is sliding towards a mob rule. A reign of terror is afoot. Once violence is allowed to sit, it cannot be ordered to leave and it is sad that those who have appointed themselves to fetch freedom for the people have become the very ‘images’ that they are fighting against and it is highly condemnable. And while all this is happening, Igbo land, the erstwhile land of the brave has gone silent. Nobody wants to beat the drums and the gongs to summon the gods and men against rampaging evil. The State Governors haven been subdued into pure cowardice have assumed their usual manner of mumbling and babbling with none preferring any actual solution. The traditional rulers who are now scared for their lives have mastered the act of looking the other way, Perhaps nobody can blame the Ezes for not speaking up because the Igbos have a saying that when something larger than a cricket meets a cricket in the hole, the cricket stops chirping. Even the celebrities who had found their voices during the EndSARS protests have all gone dumb. Fear is potent. None of the Bishops, not even those gifted with swift tongues have found any courage to utter a curse against these never-do-wells.

The reaction of the Federal Government has been tepid. It completely casts the image of a beleaguered polygamous man with many cantankerous wives in whom no strength is left for the containment of troubles. Attack after attack and killing after killing and the Federal Government still rehash their old press releases. Perhaps the bandits of the North-West and the Igbohos of the South-West have made the Federal Government accustomed to the loss of lives and pride. Everybody has denied involvement. Even those who used to be bold and loquacious.

Igbos have about the best literacy levels in Africa. The Igbo have about the best per capita income of all ethnic groups in Nigeria. Igbo is the most entrenched ethnic group and perhaps the most prosperous if democratised wealth is wealth indeed. Nigeria might be sick but the Igbo have flourished in it more than most of the other ethnic groups. Igbos have been marginalised  but the Igbo is perhaps the only ethnic group that has more wealth outside than within its homeland. It’s not difficult to grasp that the overall interest of a widely distributed Igbo nation lies in a more equitable and prosperous Nigeria. Igbos killing their fellow Igbos is not worth it at all, its detrimental to everything that the Igbo image stands for and it is appalling to the sight of any external observer.