HomeFeaturesJournalist Returns Money Wrongly Transferred To Him In Abia
Features

Journalist Returns Money Wrongly Transferred To Him In Abia 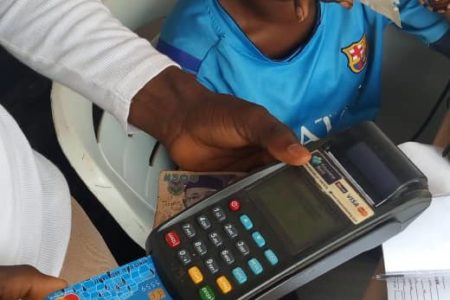 An Abia-based journalist identified as Chukwuemeka Onyekwere who is a News Editor with the Vision Africa Radio, Umuahia, has reportedly returned ₦90,000 wrongly credited to his account by a Point of Sale (POS), operator in Umuahia.

He said that when he received credit alert on his phone hours after the transaction, he discovered he had ₦90,000 above his deposit, and felt that he should not keep quiet.

The journalist who is a dedicated member of the Assemblies of God Church, said that it was against his faith to ‘corner’ what does not rightfully belong to him.

Onyekwere, who is popularly known on-air as MC Real said that he had an obligation to live an exemplary life.

Responding, the POS operator, Augustine Akubuilo, expressed joy and surprise that the money was returned to him.

He stated that he did not know that men of integrity still abound in the country, and prayed God to bless the journalist.