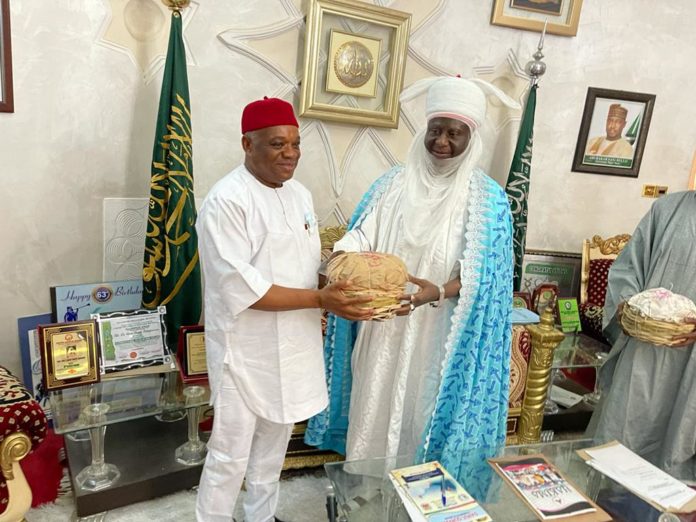 The Emir of Minna, HRH. Dr. Umar Faruq Bahago, on Thursday, played host to the Chief Whip of the Senate, Senator Orji Uzor Kalu describing the Abia senator as ‘a Bridge Builder’.

The Emir of Minna stated this when Senator Kalu paid royal homage to him in his palace in Niger State.

Kalu was on a state visit to Niger State to commiserate with the state government and the parents of the student that was slain by the bandits during the invasion of the Government Science College Kagara that led to the abduction of 27 students.

On arrival, Kalu and his team were received by the Emir and palace chiefs