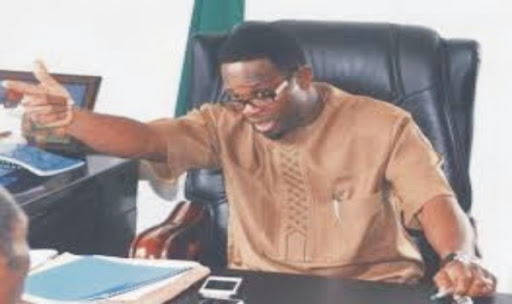 Justice S. I. Opara of the Imo High Court on Monday annulled the impeachment of the former Deputy Governor of Imo state, Jude Agbaso.

Justice Opara also ordered the restoration of all Agbaso’s rights and benefits from the time of his removal as the deputy to Governor Rochas Okoroacha to the period that his tenure elapsed.

The court, in a brief judgment, on Monday quashed what was popularly regarded as ‘J-Pross Contract Impeachment’ that generated public outrage in 2013.

Agbaso was impeached on March 28, 2013, by the State House of Assembly following the recommendation of the seven-man impeachment panel set up by then-state Chief Judge, Justice Benjamin Njemanze.

The panel had investigated the allegations of gross misconduct levelled against him by then-Governor Rochas Okorocha.

The former deputy governor was accused of acts of grave corruption, including the demand of a bribe of N458 million from a contractor, J-Pross Construction Company and a bottle of Red Label Wine.

Briefing journalists after the court session, Agbaso’s counsel disclosed that the consent judgment had nullified the impeachment of his client on March 28, 2013, as the deputy governor of the State.

The counsel said that the judgment had restored his client’s entitlements as a former deputy governor of the State and had been legally fit to hold public positions again.

The former Governor of Imo State, Senator Rochas Okorocha has decried the court order that forfeited his property to the government of Imo state...
Read more