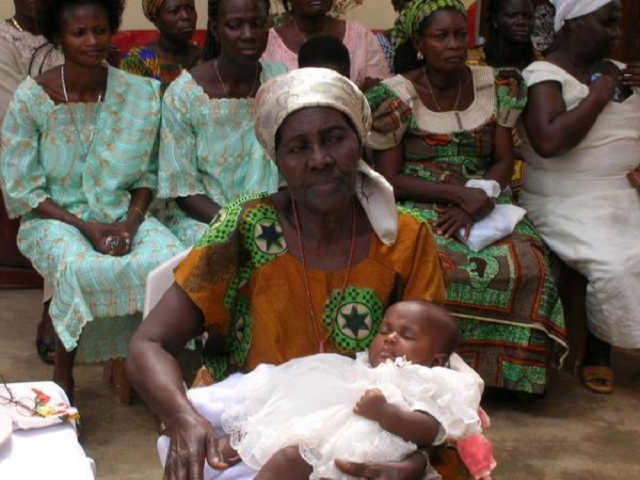 Considering the connection between tradition and people’s way of life, Igbo birth traditions are known for encouraging maternal wellbeing. Which is no wonder that there are very unique Igbo traditions when it comes to childbirth.

With civilisation, there have been slight changes in some Igbo traditions. However, many of the practices have remained including birth traditions which have been modified to resonate with modern medical practices of childbirth. Among them is the care given to a woman during pregnancy and postpartum. Some of these practices include:

Omugwo (postpartum care): Omugwo is a vital and important aspect of Igbo birth traditions. It takes into consideration that a new mum might be overwhelmed and needs help and care after birth. Omugwo is a traditional Igbo custom for postpartum care by the mother of the couple. The importance of this practice is that it helps the new mother to ease into her new role through the experience of the mother(husband or wife).

In the Igbo tradition, the mother, mother-in-law or any close female relative of the family comes over to take care of the new mother and her newborn for at least 6 months. The Igbos have kept this tradition in practice for ages, and it has remained intact. It is also present in many other African cultures.

During omugwo, it’s the responsibility of the mother (of the husband or wife) to put her through what she needs to eat to help with milk production for the baby’s consumption, Swedish massage techniques and hot water therapy.

The new mother will be given spicy foods such as pepper soup to help to flush out unwanted blood clots in her body and help to boost breast milk production. Pap is also another food option given to the new mother as it helps to boost her breast milk supply.

After-birth care, omugwo, is necessary so that the new mother can rest well to regain her strength.  The practice of omugwo is helpful although there might be friction between the new mother and the mother of the husband or wife because of conflict in ideas.

Nzu (paying homage): When the news of childbirth breaks, delivered safe and sound, the child is welcomed into the world with much joy and jubilation. The women will gather, begin to sing loud and joyful songs, after which they will go in the house and rub nzu on their necks as a sign of purity of heart. Nowadays, most people use white powders instead.

Ikuputanwa or igu nwa’ aha (naming ceremony): The naming ceremony is usually on the 7th to the 12th day after the birth of the child. This is a way of formally presenting the child to his people, such as family, friends, kinsmen and the entire community. In Igbo land, the paternal grandparents serve as the officials, whose duty it is to hand the child to his or her father. The breaking of kola nuts then takes place and prayers are offered on behalf of the child. After this, pouring of wine libation to the gods follow. The prayers are a way of asking the gods to guide the child on his or her journey through life. However, in recent times this tradition has been adapted. Now, people take the ceremony to church and have the pastor preside over it.

Ibe ugwu (circumcision): The ibe ugwu is an ancient Igbo tradition that involves the removal of the foreskin covering the penis. In the past, this practice extended to girls, but the Igbo people have stopped the practice in many Igbo communities. For most people ibe ugwu is done three days after birth, while some do it on the 8th day after birth and in adulthood.

Ikpo oku nwa (pot buying): Another Igbo tradition tied to childbirth is the ikpo oku nwa. During this, people send pots or give the mother some money to buy a pot for the newborn. If the new baby is a girl, some men may send money to the mother. This signifies their intention to marry the girl when she grows up. With times changing, this particular custom is hardly practised in Igbo communities.

The Igbo people have a lot of beautiful and interesting traditions that have been existent for ages. However, as time goes on more cultures and traditions may change, form or fade away. Usually, it’s either because they are harmful or they simply fail to transmit to future generations.