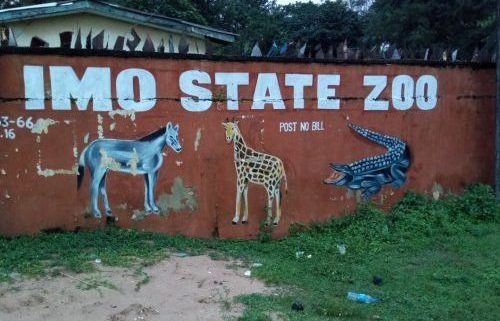 There was palpable tension and anxiety in the Ministry in charge of Environment in Imo State over allegation of missing Animals and a huge financial fraud case.

Francis Abioye, the Zoo Manager is now at war with the Director of Ecology, Mr Ihenacho Chukwuma.

The two men The Eastern Updates gathered have been like cat and dog because of the Animal and Forestry Management.

The ₦130m alleged to have been sent for the purchase of Animals in the Zoo which was not properly accounted for started the crisis and currently, the issue of dead Animals have come up.

According to the report, the Zoo Manager Mr Francis Abioye told a Panel that raining season is not the best period to transport animals but his professional advice was ignored. Consequently one of the animals that was transported died on transit and this now escalated the crisis at the Ministry of Environment and Nekede Zoo in particular.

Findings revealed that the Fire Brigade embarked upon transporting a particular animal under very unfavourable conditions in order to meet up with the short time given to the Zoo Manager by the Authority which was the major cause to the death of the animal in question.

The two senior officers almost fought during their exchange of words, The Eastern Updates have gathered.

The issue of missing animals at Nekede, Zoo coupled with illegal acquisition of Land at the premises is another major issue at hand. Recently it was alleged that those working at the Zoo had sold some of the animals without approval.