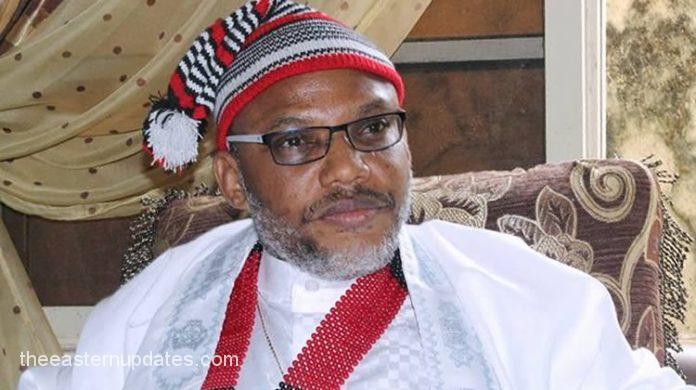 A youth wing of the apex Igbo socio-cultural organisation, Ohanaeze Youth Council (OYC) has called on the federal government to desist from what it described as ‘executive rascality and impunity’ over the case of Nnamdi Kanu.

This came on the heels of the recent verdicts by the courts ordering the immediate release of the detained leader of the proscribed Indigenous People of Biafra (IPOB) Mazi Nnamdi Kanu, and &quot;the refusal of the APC led Government of President Muhammadu Buhari to adhere to the order&quot;. The national president of OYC, Comrade Igboayaka O. Igboayaka while addressing newsmen, accused the All Progressives Congress, (APC) led government of indiscriminate involvement in rascality and impunity since its emergence in 2015.

Igboayaka admonished the federal government to shun every atom of executive egoism, rascality, and impunity but promptly comply with the terms of the judgment, because no region or tribe will survive, if they lead the country to 1967 to 1970 ugly history that took place in Nigeria.’

He went on to call for political intervention saying &quot;It is, therefore time for a change of path towards an immediate political solution. On this note, we call on the federal government to quickly put an end to all litigations, release Mazi Nnamdi Kanu and other IPOB members in detention and pave the way for a constructive dialogue and negotiations on the agitations.&quot; He said, ‘At this juncture Nigeria government should earnestly embrace the political solution on Nnamdi Kanu case as initiated by Prof. George Obiozor as a panacea for national peace and political stability.’

Igboayaka also went ahead to describe the judges as the eyes of judiciary in Nigeria, noting that the courageous judgement as declared by Justice Anyadike has proven that judiciary is the last hope of a common man and a true guide for a democratic government.