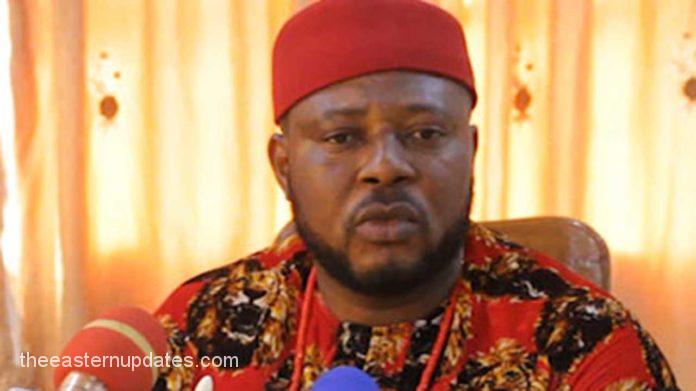 The Ohanaeze Ndigbo which is the Apex Igbo socio-cultural organisation in the region has come out on Friday to openly caution some of the politicians in Enugu and the other South-Eastern States to stop engaging in some manners of wicked and malicious political campaigns.

A statement which had been made by the National President of Ohanaeze Ndigbo Youth Council Worldwide, Mazi Okwu Nnabuike, had also revealed that such development had not not been welcomed as it would amount to taking the State back to the evil days, where thuggery reigned supreme.

He said: “We are worried over the choice of words in certain videos currently in circulation in Enugu State. This is certainly not the way to go Campaign should be issue-based, not blackmailing people. We do not comprehend a situation where leaders are making careless utterances even while the campaign has not commenced.

“One thing they must take cognisance of is that 2023 will come and go but what has been said will be difficult to erase.

“This development is unacceptable as such utterances can provoke violence. We are already battling insecurity in the South-East; we can’t add thuggery to it because of politicians. Specifically, we don’t want the kind of hate speech from Barr. Okey Ezea (Ideke) from Enugu State. Elders should not start behaving like kids

“These are the same people who had told the Governor before now that they would follow his direction in 2023, but because their chosen candidate was not chosen, they now want to set the State ablaze; it is unacceptable; we are not going to let them succeed,” he said.

He added that as the campaign commences later this month, “we call for decorum, civility, policy-based. No form of character assassination will be entertained”.

He had also noted that it was disturbing that even while the Independent National Electoral Commission, INEC, has not blown the whistle for campaigns, there were already trending videos in the State where politicians were raining abusive words on their opponents.