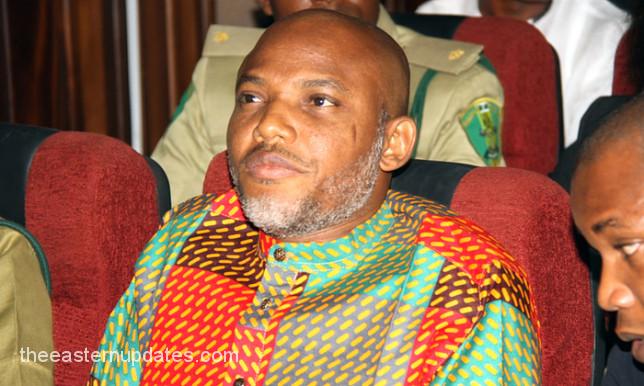 No fewer than fifty-two pan-Arewa socio-political organisations under the umbrella of Coalition of Northern Groups (CNG), have condemned the United Nations’ call for the release of Nnamdi Kalu, leader of the Indigenous People of Biafra (IPOB).

The Eastern Updates recalls that the UN Working Group, in its opinion, had flayed the detainment of Kanu and called on the Nigerian government to release him unconditionally. But CNG’s Spokesman, Abdul-Azeez Suleiman, at a press briefing in Abuja, urged the UN to steer clear of the country’s judicial system.

He said: ‘The Coalition of Northern Groups (CNG), representing the vast equation of rights and civil organisations in northern Nigeria, notes with utter perplexity, the unwarranted interference of the United Nations with Nigeria’s internal legal processes and legitimate application of established criminal justice procedures by its recent demand for the unconditional release of Nnamdi Kanu, leader of a duly proscribed terror group from the lawful custody of a sovereign Nigerian nation.

‘It is unacceptable to Nigeria and Nigerians, and in particular to the North, that the United Nations will endorse the platform and space to be used by Kanu and IPOB in promoting anarchy and campaigning for genocide in Nigeria.’

Abdul-Azeez called on the UN to immediately withdraw the call for the unconditional release of Nnamdi Kanu from the lawful custody of the Nigerian authorities.

‘To direct all member nations where Kanu, IPOB and other authors of mindless violence and separatism find comfortable cover to perpetuate an agenda that fans the embers of discord, call for war and violence in Nigeria, to take action in line with their domestic laws on hate speech and international laws on war and genocide instead of accommodating them.’

The group went on to point out that the UN should note that bilateral friendships are guided by the principles of sovereignty, promotion of peace and the standards that guide legitimate interference.