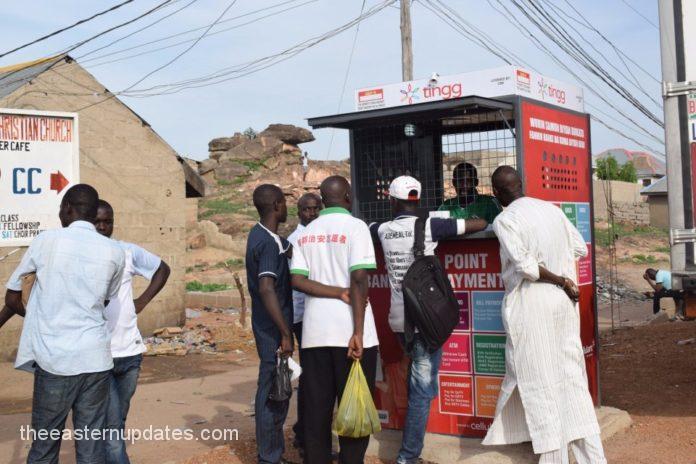 Some of the Mobile Point Of Sale Operators (POS) have openly lamented about the incessant attacks by some unidentified gunmen in different parts of Enugu State who have been ruining their businesses for them by robbing them of their proceeds.

Some of them who spoke with Newsmen had narrated that the gunmen apart from attacking them, stealing their money and also end taking away their PoS machines.

An operator at the Maryland Axis of Enugu who identified himself as Chibuike Amechi said the unknown gunmen attacked him recently and took away more than ₦300,000 from him.

“I went to bank to withdraw huge sum of money without knowing that some unknown gunmen with Sienna were monitoring me. Shortly after I opened my shop, I saw three young men coming towards my shop.

“When I suspected that they could be criminals, I tried to lock my shop but they quickly held me and brought out gun and collected more than ₦300,000 from me.

“I ran after them and when they saw that I was driving close to them, they opened fire on me and dragged me out of my car and took away my car from me. Up till now, I have not seen my car. I just resumed work after some days in the hospital.’.

Another operator at Independence Layout, Enugu, miss Chineye Ugwu said she was recently attacked by unknown gunmen during the day.

“Some armed men attacked me recently. The attack took place when people were still moving about in the day time. They collected my POS machine and huge some of money’ she stated.

They called on security agencies to come to their rescue, saying they have lost huge sums of money to these robbers.

It was also gathered that there heavy shooting by unknown gunmen last Saturday who were on rampage to rob PoS operators at Ogui road.