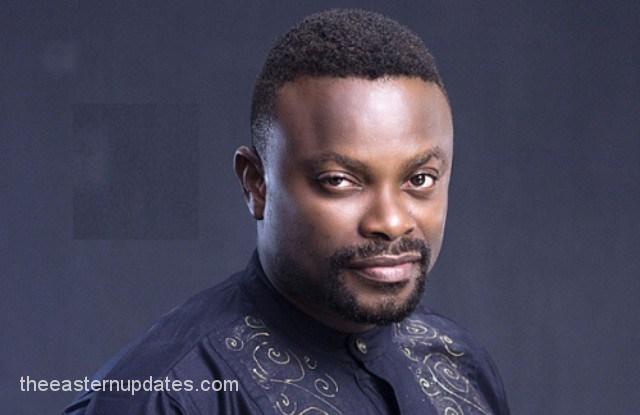 Veteran Nigerian Actor and comedian Ime bishop who is popularly known by his stage name, Okon Lagos, has reiterated that the momentum that the Presidential Candidate of Labour Party, Peter Obi, is gaining in the buildup to the 2023 elections is not because he is a saint but rather because he is the lesser evil.

Okon Lagos, via his Instagram page, had stated that Peter Obi is getting “massive love” from Nigerians because he is the “lesser of the evils” before Nigerians.

“Peter Obi doesn’t enjoy massive love and support among Nigerians because he’s a saint or without blemish. He had admitted openly he is not a saint. He is loved because in the race, he is lesser evil and not a saint.”

Captioning under the post, he wrote, “Just in the event that you find fault(s) in PO that you so desperately seek, just remember he isn’t a saint. You aren’t either and Nobody is. Meanwhile, have you obtained your PVC yet ?”

Obi joined the Labour party after he pulled out of the Presidential Primaries of the Peoples Democratic Party (PDP) in May.

He has since emerged as one of the favorites to win the 2023 presidential elections, especially among young people.

Dr. Peter Obi who is the Presidential candidate of the Labour Party, (LP), has recently put out a statement to fully distance himself from the motive behind the insertion of his picture on Muslim prayer mat.

Some of his overzealous supporters had inserted his picture on Muslim prayer mat in support of his ambition.

But Peter Obi in a tweet had completely denounced the move, while reporting that he had deep respect for the Muslim faith and for all religion.

He said the action of his supporters in doing that was misguided even with the best of intentions.

The LP presidential candidate said the act did not emanate from his campaign team as he would never mock any faith, ethnicity or gender.