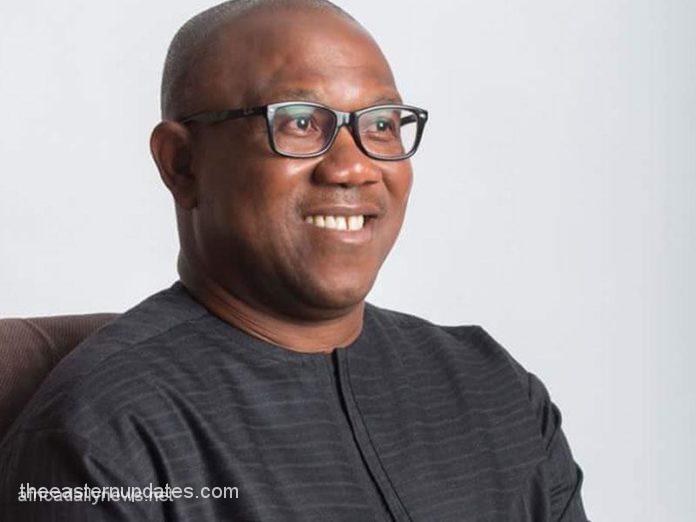 While reacting to the massive followership on the side of Peter Obi who is the Presidential Candidate for the Labour Party, Chief Victor Oye who is the National chairman of the All Progressives Grand Alliance (APGA), has passed across a malevolent message to Peter Obi’s followers while deriding his presidential ambitions.

He had reiterated that the former governor’s quest for presidency will end in catastrophe as Obi carries a self-inflicted curse on his head.

Read Also: Peter Obi Can Be President In The Future Not 2023 – Melaye

Okoye had revealed that sometime in the past, Peter Obi had voluntarily made a vow not to ever leave APGA while wishing himself and family death if he ever abandoned the party, which made him governor between 2006 and 2014.

Okoye attributed Obi’s loss with Atiku Abubakar in the 2019 election to the curse, adding that Obi will meet another failure as Labour presidential candidate.

“Unless Peter Obi returns to APGA, he will never achieve anything politically”, Okoye said.

In another report, Dino Melaye, a former federal senator, has stated that despite Peter Obi’s leadership abilities, he may need to wait for a future election before running for president.

In a video he shared on his social media accounts on Friday which was obtained by The Eastern Updates, Mr. Dino asserted that, in light of Peter Obi’s assessment of the problems facing the country, the country does not currently require him.

According to Dino, the country currently needs someone who would unify the different regions and ethnic groups in the country, not someone like Obi who only wants to cut the cost of governance.

He said, ‘Peter Obi is one of the finest Nigerians who is intellectually mobile, he is a great Nigerian and by the grace of God, he is qualified to be a president of the Federal Republic of Nigeria in the nearest future.

‘Mr Peter Obi, I celebrate your movement for a new Nigeria, but I want to advise that your time is not now, you have to wait for your time.

‘I have listened to your arguments and your deliveries including your campaign but I can say that 90% of your campaign is dwelling on reducing the cost of governance.

‘I want to tell you that the problems of this country are beyond just cutting the cost of governance. It is less than 1% of our national problems.

‘What we need in this country is to unite the nation. Nigeria has never been this divided in our national history. We need one character who has the ability to unite us as a nation.’