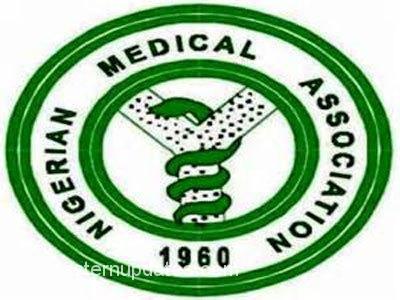 While showing solidarity to their abducted comrade and colleague, some of the doctors in Abia State have announced the withdrawal of their services and the strike action they would be taking due to the non-release of their senior colleague, Prof Uwadinachi Iweha, kidnapped nine days ago.

Announcing this after a brief rally and prayer session, Dr Chimezie Okwuonu who is the state Chairman of the Nigeria Medical Association reiterated that this was to press home their demand for the state and Federal Government of Nigeria to ensure that their senior colleague is released.

Iweha was kidnapped on June 6, 2022 in front of his country home while returning from a church service.

According to Okwuonu, the abductors had on June 6 contacted the family, noting, however, that “nothing had been heard from them since then.”

The withdrawal of services, he said, would include public and private institutions “to register our displeasure on the non-release of Prof Iweha,” adding that emergency services would be maintained.

Okwuonu said, “With this kidnap and continued detention of Prof Iweha, we are not sure of our safety.

“Our safety isn’t guaranteed and it is difficult for us to work.

“We still plead with both the state and the Federal Government to ensure that Prof Iweha is released.”

In another report, the Ohuhu Welfare Union has warned Abia State citizens to be vigilant over the influx of Fulani elements in the State.

A copy of the security alert by Ohuhu Welfare Union signed by the Publicity Secretary, Enwereuzo Ogbonna, read in part:”This is to confirm to ndi Ohuhu, non indegenes and neighbouring Communities that for some days now, there have been reports to the Union, of the sightings of Fulani stranger elements and movements within and around the Isi Okata environs.

“This morning, the President General acting on this continuous information ordered the Commander of the Ohuhu Vigilante Group to mobilize his men in conjunction with the Community vigilante and gallant youths of Umuawa, Umuda Isingwu and Umuire Communities and move into the site of the reported breach to authenticate the credibility or otherwise of the information coming to the Welfare Union.

“The vigilantes got to Isi Okota and actually saw this invaders inside the forest, who on sighting our Community vigilantes fled across the Ikwu river into the Ibeku flank of our neighbourhood under the hot pursuit of our vigilantes.

“While the Welfare Union is engaging the Police and relevant security agencies to address these threats, the welfare Union is using this opportunity to ask all Ohuhu indigenes to be on alert and look out for strange elements and suspicious movements and activities within all our Communities.

“Ndi Ohuhu and all our inhabitants are also advised to curtail late evening movements and activities.

“By this release, the President General is ordering all villages and Communities in Ohuhu to ensure a 24 hours Vigilante service around all our villages and borders.

“Our Ibeku brothers are also by this release advised of the presence of this nefarious elements within their borders.

“The Union is desirous to work together with our Ibeku development Union, Umuopara and all adjoining clan governments to stem the incursions of these ungodly bandits into our communities and keep our homeland safe.

“We are assuring ndi Ohuhu that the Union is doing everything within it’s powers to ensure that ala Ohuhu remains safe for everyone.

But when contacted, the Police Public Relations Officer, PPRO Geoffrey Ogbonna said police had no report about the Kidnapped journalists.

On the alleged security alert by Ohuhu Welfare Union, the Police Spokesman said the union was also yet to formally lodge any complaint before the police.

Meanwhile, the State Government will today ( Thursday) inaugurate a special taskforce on Security.

Governor Okezie Ikpeazu had promised to set up the committee in the aftermath of the kidnap and release of the Methodist Prelate.