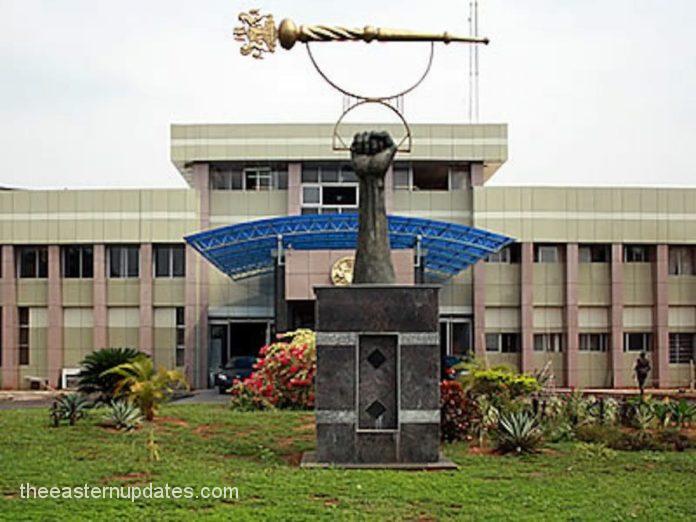 Dr Ejikeme Odumegwu, an aspirant for Igboeze North Constituency-1 in Enugu State House of Assembly, has pledged to give his constituents quality and impeccable representation, if elected in 2023.

Odumegwu made the pledge while speaking with party delegates at the Peoples Democratic Party (PDP) Secretariat in Igbo-Eze North Local Government Area on Friday.

He urged them to vote according to their conscience during the primary election to elect the right person that would be reachable when he is needed.

According to him, I assure you that if elected, I will change the narrative of sharing rice and seasoning as a dividend of democracy to constituents.

He said: “I am here to declare my intention to contest for Enugu State House of Assembly of Igboeze North Constituency-1.

“I am here because it has been a long time since our people beckoned me to come and give them capable representation and I have considered it and deemed it fit that the time is now.

“I will achieve all the positive and good things I want to do by introducing bills which when passed into law can guarantee that most of these things are done.

“We have to see how we can boost the ego of our children and try to expose them to the Western world through good bills and good people-oriented programmes”.

Odumegwu, appealed to PDP leaders and Gov. Ifeanyi Ugwuanyi to reward those who have suffered for the party and are credible to hold elective positions.

“My appeal to the leadership of PDP and our leader, Gov. Ifeanyi Ugwuanyi, is for them to remember that some people are still queuing behind and after an apprentice of 24-year and nothing commensurable is done as a reward to that person,” he said.

Responding, Chairman of PDP Igboeze North council area, Mr Alex Mamah, assured Odumegwu of the delegates’ maximum support following his antecedents, loyalty and support to the party for over 24 years and more.