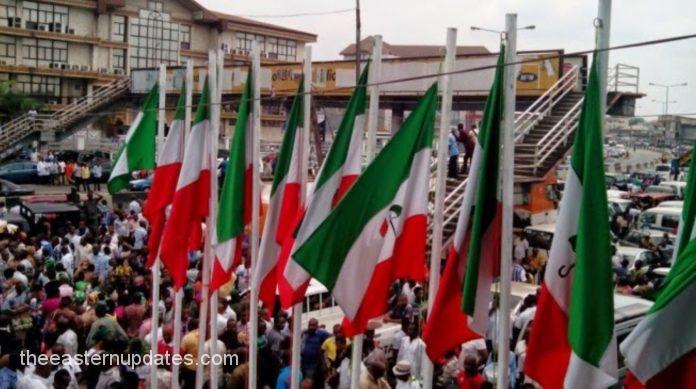 The People’s Democratic Party (PDP) have suspended their ward congresses after the five-member Anambra State Ward congress panel led by Jibrin Ahmed, were held hostage by the party’s aspirants and stakeholders over its inability to present the original result sheets.

The Eastern Updates gathered that the scenario almost denigrated into a free-for-all at the party’s Secretariat at Udoka Estate, when the Panel members, claimed they left the original result sheets in their hotel room.

The panel members, had directed the aspirants, who were contesting the national assembly elections, and others to converge on the party’s office for briefing before the ward congress, but trouble started when they presented the photocopies of the results sheets.

The development was not accepted by the stakeholders, who insisted that they must bring the original result sheets, adding that this had been the style of the party.

They accused the panel members of trying to run away to Abuja to rewrite and input the names of people of their choice.

However, the Chairman of the Congress Committee, Jibrin Ahmed, cited security reasons as the reason they did not come with the original result sheets, which was aggressively resisted by the stakeholders.

The governorship candidate of PDP during the November 6 election, Mr Valentine Ozigbo, appealed to members for calm, offering his personal security and vehicles to take the Chairman to his hotel room to bring the original result sheets.

However, Ahmed declined the offer, insisting that he must go alone.

The panel team and the party stakeholders, including; Hon. Tony Nwoye, Lylda Ikpeazu, Noble Igwe, Mr. Ndubuisi Nwobu, Romanus Obi, and other stakeholders were at the party’s Secretariat in Udoka Housing Estate, Awka.

Meanwhile, the party, thereafter, announced the suspension of the state Congress. The suspension, it claimed, was due to the panel member’s inability to provide the original copies of the result sheets for the exercise.

The Eastern Updates reports that the exercise was earlier scheduled to hold on Saturday.

The panel chairman, Jubril Ahmad, who read the letter of the suspension/apology, before the aggrieved members, said a new date for the congress will be communicated as soon as it is decided by the national leadership.

Ahmad added that the suspension was also as a result of the insecurity in the state. He assured the supporters that the Panel under his watch stands for transparency and accountability process.