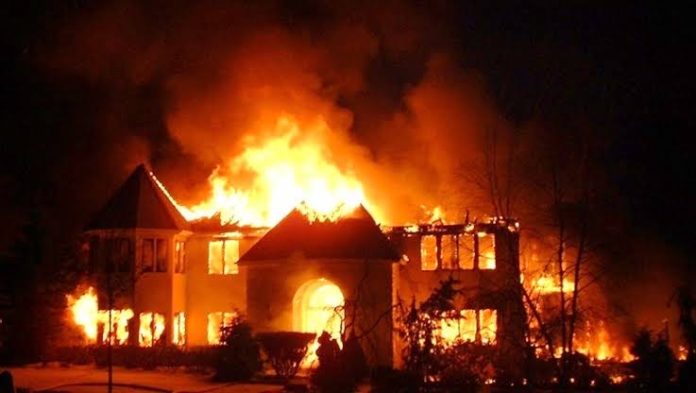 A fire incident at Ugwuaji, Enugu South Local Government Area of Enugu State has claimed the life of an eight-year-old girl.

The Eastern Updates gathered that the deceased who was simply identified as Ifunanya was sleeping in her room when the fire started and she wasn’t able to make it out alive.

Grandfather of the deceased and owner of the building who was identified as Lazarus Anya-Anike, said that the fire was caused by candlelight used for reading by one of his grandchildren preparing for secondary school common entrance examination.

‘My granddaughter, Ifunanya who lost her life in the incident, was inside the room sleeping while other children fled when the fire started and they shouted for help as it was beyond their control. The fire was put out by the intervention of fire servicemen who arrived at the scene. The fire service men’s intervention helped to stop the fire from razing the entire building.’

He appealed to the state government and public-spirited individuals to come to his family’s aid as the fire destroyed all his family belongings.

When contacted, Enugu State Chief Fire Officer, Chief Okwudili Ohaa, who confirmed the incident said the state fire service responded promptly after receiving the alert about the inferno, which he said started at about 8:30pm within Umunnaugwu Quarters of the community. He said that fire service men rescued the rest of the 10 rooms in the bungalow of about 14 rooms, adding that the inferno totally burnt down three of the rooms.