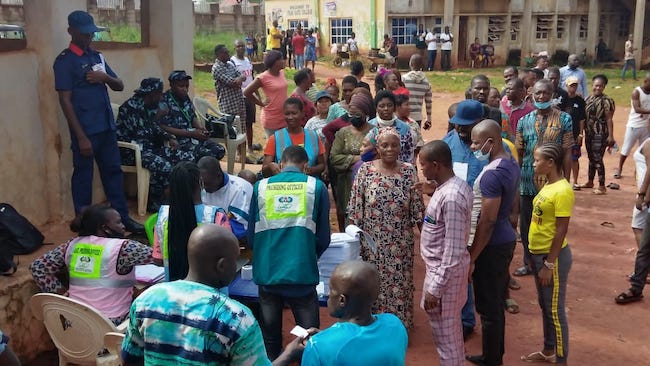 A Supervisory Presiding Officer in the yet to be concluded gubernatorial election in Anambra State on Sunday absconded with 41 result sheets.

Dr. Gabriel Odor, Collation Officer of Idemili South Local Government Area of Anambra, announced this at the head office of the Independent National Electoral Commission (INEC) in Awka, the state capital, during the final collation of results on Sunday.

Odor, who is a lecturer at the University of Calabar, said because of the development, elections could not hold in the affected areas.

He polled a total of 2,312 votes to defeat Mr Valentine Ozigbo of the Peoples Democratic Party (PDP), who had 2,016 votes and Senator Andy Uba of the All Progressives Congress (APC) who secured 1,039 votes.

Meanwhile, the Independent National Electoral Commission (INEC) has announced Tuesday, November 9 as the new date for a supplementary election in Ihiala Local Government Area of Anambra State to determine who becomes the Governor of Anambra State.

The returning officer for Saturday’s governorship election in the state, Professor Florence Obi, made this announcement in the early hours of Monday.