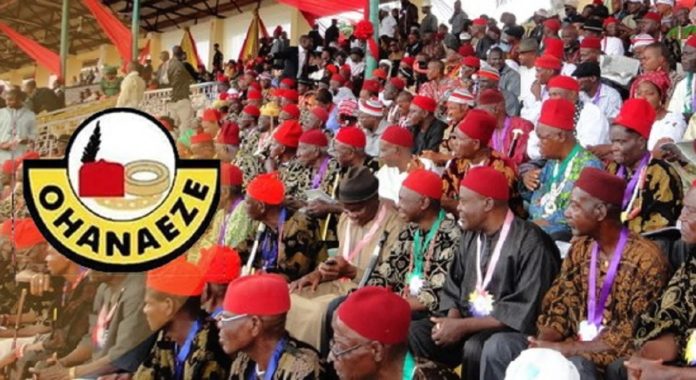 The Chairman of Ohaneze Ndigbo Council of Elders, Chief Emmanuel Iwuanyanwu has disclosed that he is spearheading a meeting of the northern elders and Ohanaeze Ndigbo to fashion out a solution to the problems.

Iwuanyanwu while describing the unfolding events in the country as extremely shocking and completely beyond any expectation and human imagination has called on the President General of Ohaneze Ndigbo Professor George Obiozor to arrange for the meeting immediately.

Read Also: Change Of Service Chiefs Was Not The Solution – Iwuanyanwu

The elder statesman who said the people do not want an experience of what happened in 1966, therefore, appealed to calmness and peace among the tribes in the country.

Iwuanyanwu has also commiserated with the families of the late former political adviser to former President Goodluck Jonathan, Ahmed Gulak over his gruesome murder in Owerri. He said that since the sad event he has received calls from Nigerians from all walks of life within the country and in Diaspora, all without exception expressed sadness over his death.

‘On behalf of Ohaneze Ndigbo Council of Elders expressed deep sympathy to the family of our brother and friend Dr. Ahmed Gulak, the Arewa and other northern groups, the Government and People of Adamawa State including his friends and associates.

The Eastern Updates reports that Iwuanyanwu also commiserated with all those who lost their dear ones through the insecurity situation across the States of the Federation.