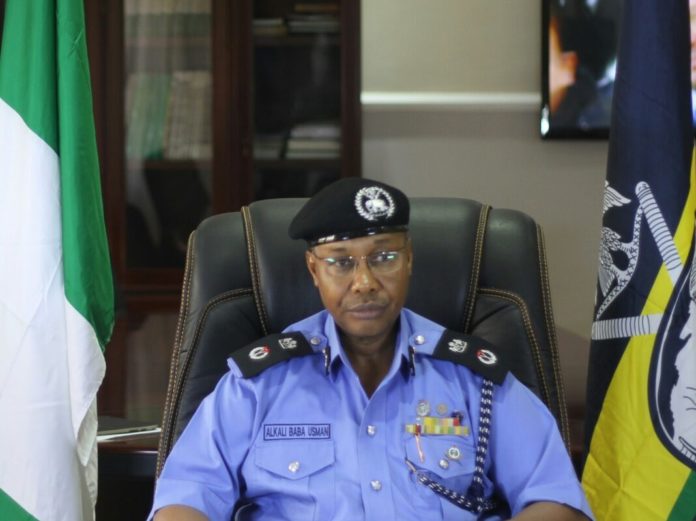 The leadership of the People’s Democratic Party (PDP), Ebonyi State Chapter has petitioned the Inspector General of Police (IGP), Usman Alkali Baba, to hold Governor David Umahi responsible if anything untoward happens to any of their members in the state.

The Chairman of the party, Elder Fred Udogu, who made this known while briefing journalists in Abakaliki, the state capital, added that his party will no longer accept threats from the ruling All Progressive Congress (APC) led by Umahi.

Udogu further stated that Ebonyi belongs to the PDP and that his party is prepared to take over the government come the 2023 general election.

‘We insist that Ebonyi belongs to PDP, and we will take over Ebonyi in 2023,’ he said.

He expressed dismay over an alleged unguided comment credited to the governor wherein PDP leaders were accused of sponsoring unknown gunmen to attack the state.

According to him: ‘The governor was mentioning the names of our state leaders in PDP, saying that they are responsible for the crisis taken place in the state but I don’t know the type of crisis he is talking about.

‘It is very ridiculous that the governor is talking this way, the APC government led by Umahi should be guided on what he says about people in the public. Why not the governor orders the police to investigate, invite or arrest all these people he mentioned for investigation?

‘Why now? We have been with him since his first tenure in 2015 till last year November when he defected to APC, and didn’t make this allegation. He is rather the one in opposition and opposing us.

‘He won elections under PDP both in his first and second tenure. Like somebody said, why didn’t he contest his second tenure under APC if he were that strong? We made him what he is. We paid our dues to make sure he returned to power, particularly during the second tenure in 2019.

‘Look at what he did constituting Ebubeagu and arming them to attack us. I’m happy when he (Umahi) was speaking to the AIG Zone 9 Umuahia, AIG Ene Okon. We had already petitioned the inspector general of police, IGP Usman Alkali, over what he is doing to us.

‘We have written to all authorities that matter in this country that, if anything happens to anybody in the PDP in this state, he (Umahi) should be held responsible. We cannot leave this state for him,’ he stated.