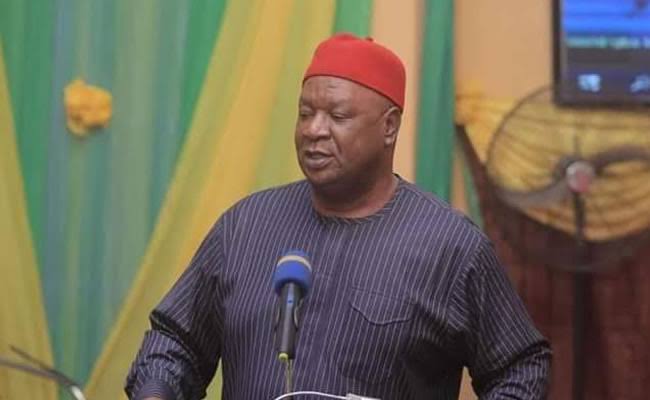 Former Secretary to the Government of the Federation (SGF) Senator Anyim Pius Anyim has called on President Muhammadu Buhari to set up a Commission of Inquiry as a ‘platform to hear Nigerians out’ over the escalating ‘violent and non-violent agitations’ in the country.

Anyim in an open letter addressed to the President said he decided to do the open letter just to be sure that it will get to Buhari, ‘because I suspect that the private one did not get to you.’

‘The herders/farmers clashes which has degenerated into a deadly conflict with many states now bloody theatres of war; ethnic conflicts in Kaduna, Ebonyi, Cross River, Benue, Plateau states, etc. which are escalating to an unmanageable scale;

‘Armed Banditry in virtually all states of the federation, particularly Zamfara, Katsina, Kaduna, Niger, Sokoto, which has overwhelmed the law enforcement agencies, kidnapping which has become occupational in most parts of the country’ he concluded.

Facebook
Twitter
WhatsApp
Email
Telegram
Previous articleMan Flogged In Public For Beating Up His Mother
Next articleExplosion Kills Woman In Aba, 3 Others Injured