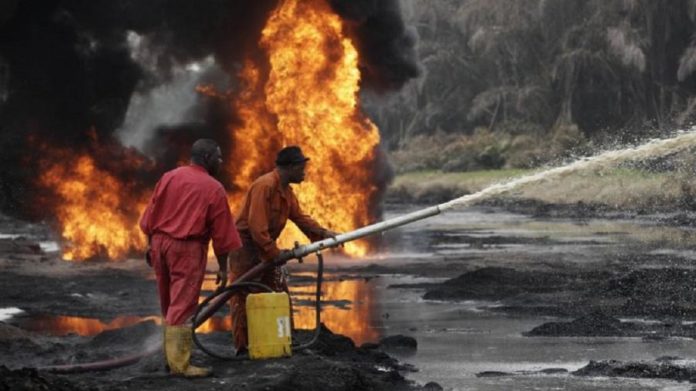 A young woman was killed in an explosion in Aba, Abia State, yesterday, with her mother sustaining injuries and hospitalised.

The victims’ house located on the Ngwa Road axis of Aba was partly razed in the ensuing inferno.

The yet-to-be-identified young lady, who was said to have returned from where she was doing her national youth service, was putting on their cooking gas while her mother was making a call close by with her phone when the gas cylinder exploded.

Read Also: IPOB Not Responsible For Attacks In Southeast – Abaribe

The lady reportedly died on the spot as a result of the force of the explosion, while the mother, who sustained serious injury, was rushed to the hospital.

The mother of the lady was said to have been hospitalised as a result of the injury that she sustained in the inferno.

Fire from the explosion which left part of their house seriously damaged also left two other persons with different degrees of injuries and as well-rendered the tenants homeless.

Neighbors bemoaning the calamity that has befallen the family of the deceased in recent time lamented that the father of the late woman was buried only a month ago.