HomeFeaturesUzodinma Meets With Heads Of Security Agencies Over Insecurity
Features

Uzodinma Meets With Heads Of Security Agencies Over Insecurity 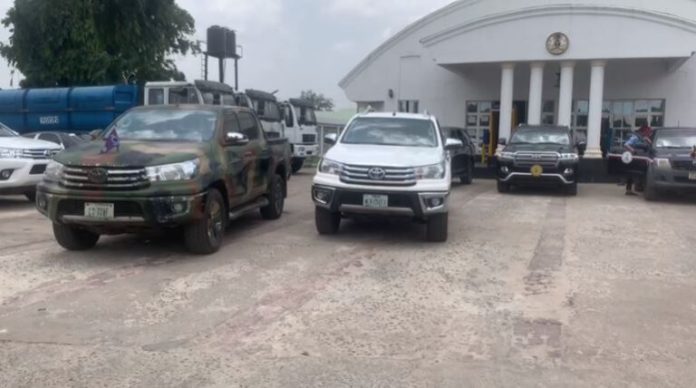 Imo State Governor, Hope Uzodimma on Monday met with heads of security agencies in Imo State over the recent spate of insecurity in the State

Details of the meeting still unknown but it is however not unconnected to the attack on the Nigeria Correctional Service Imo state command and the Imo state police command which led to the release of an unconfirmed number of inmates.

The attack also saw to the setting ablaze of not less than 50 operational vehicles belonging to the Police and Nigeria Correctional Centre.

Spokesperson of the Nigeria Correctional Service in Imo state, James Madugba says the authorities are still trying to get the accurate data of inmates who escaped and the level of devastation.