HomeFeaturesHerdsmen: We Will March Naked Over Killings – Igbo women
Features

Herdsmen: We Will March Naked Over Killings – Igbo women 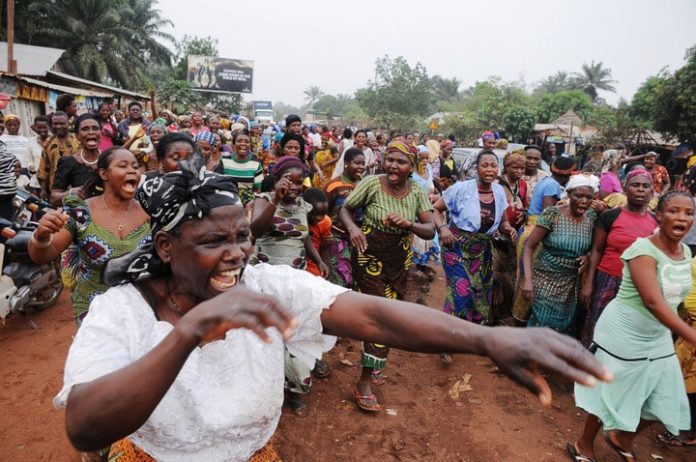 An Igbo women socio-cultural organisation, Ndinne Igbo, has lamented the waste of lives of Igbo indigenes by killer herdsmen and condemned in strong term the recent attacks in Enugu and Ebonyi States by the dreaded herders.

The group stated that many Igbo children have become terrible victims of the nefarious herdsmen attacks, calling for stronger and more proactive measures by the government

Ndinne Igbo disclosed that it has concluded plan to march round Igbo land naked to protest the killings of their children and husbands by suspected herdsmen and the alleged raping of women.

The Igbo women organization, in a statement signed by its President, Mrs. Beatrice Chukwubuike, and issued to DAILY POST on Saturday, further called on Nigeria and Igbo leaders to take urgent measures on the matter before it degenerates into anarchy.

Pastor Okey Idika, the spokesman of the coalition, noted that the Christian community in the South East would be abdicating its duties if it’s unable to make the world know its feelings on the matter, vowing to mobilise all men and women of God to show their anger on the wanton killings in the zone by the suspected killer herdsmen.